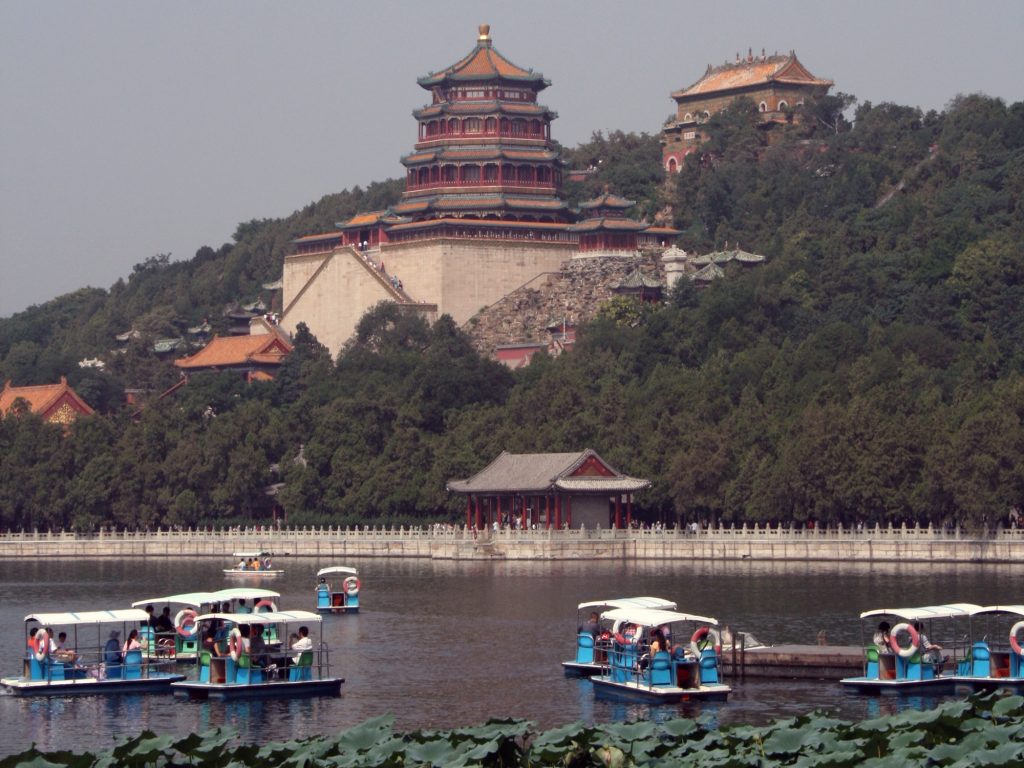 Nine miles from the city center, the Summer Palace (begun by Chinese Empowers in the 1750’s) is now a huge public park; courtesy: Jeff Orenstein

China should be high on your travel bucket list, despite its distance from the U.S., because of its diverse geography, impressive culture and hospitability to tourists, at least in its major cities and attractions.

Hence, despite having travelled extensively, we were excited after our 14-hour flight from New York on an Air China 747 rolled up to the gate at the gorgeous new Beijing International Airport.

Over the next nine days, we would experience both modern and historical China, a land of many surprises. 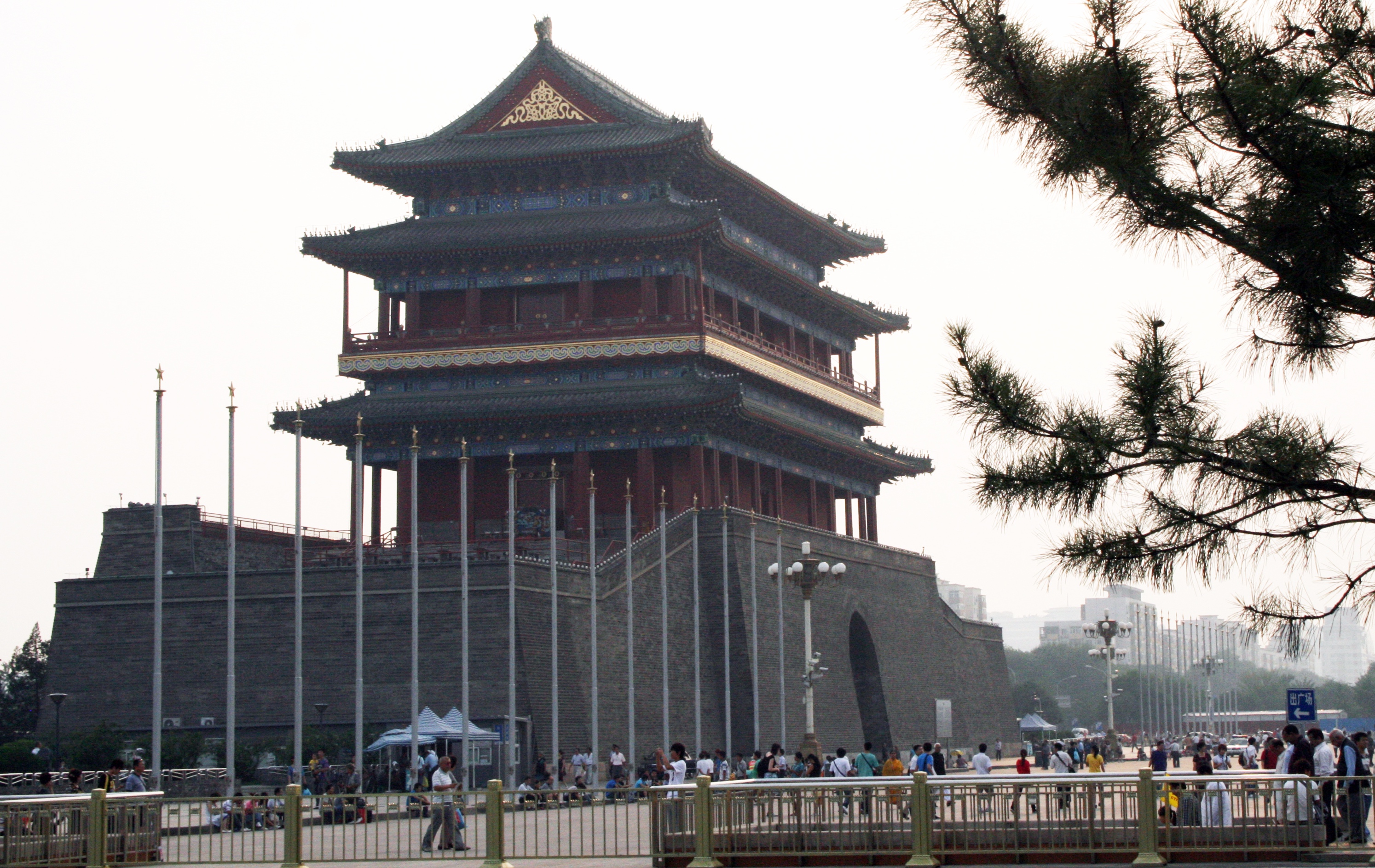 This tourist attraction is one of the few remaining city gates of the ancient Beijing fortifications; courtesy: Jeff Orenstein

With our English-speaking guides, we toured Beijing and environs for three days for just a tantalizing taste of this capital with 22 million people.

We visited amazing sights like the Forbidden City and the nearby segment of the Great Wall, ate in many different restaurants, including the one that served Peking Duck to Henry Kissinger and Zhou Enlai.

In the process, we had ample opportunity to observe diverse neighborhoods and experienced world-class rush hour traffic and air pollution first-hand. We even had some free time to explore neighborhoods on foot without a guide.

The people were generally friendly and as curious about us as we were about them. 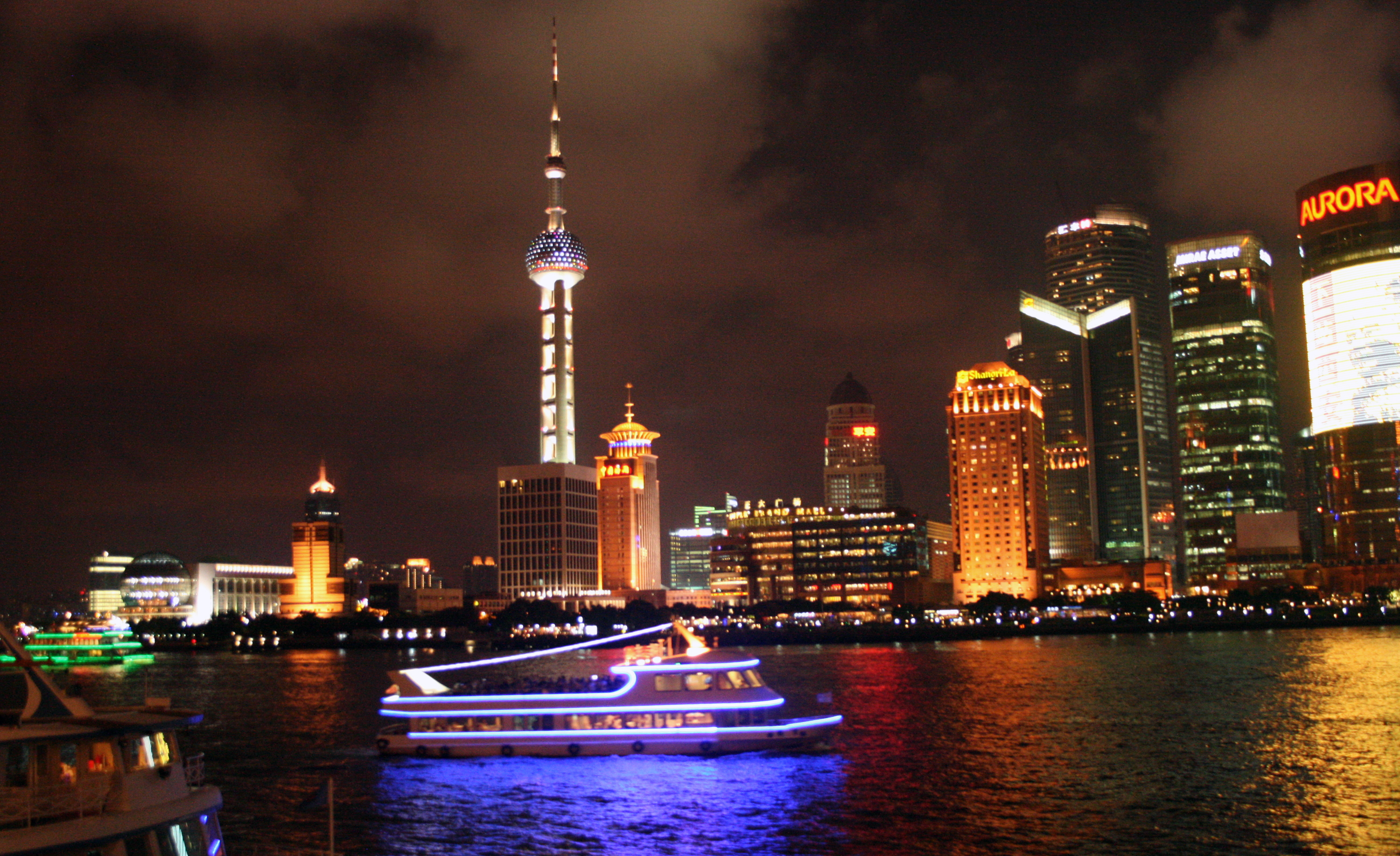 Shanghai’s riverfront at night is spectacular from the neighborhood known as the Bund; courtesy: Jeff Orenstein

From Beijing, we flew to Shanghai, an ultramodern city of about 24 million.

The people we met in this center of world trade were quite accustomed to Western visitors.

One of the highlights was a ride on the 300 m.p.h. maglev train from downtown to the airport.

Among the delights of a few days in Shanghai were the opportunity to sample its markets, explore its diverse neighborhoods and enjoy the spectacular night view from the riverside Bund.

Next, we boarded a chartered bus with our guide and spent days exploring beautiful Suzhou and Hangzhou, “smaller” cities that are both larger than New York City.

Among the sights we took in were beautiful monuments; a gigantic Buddhist Temple; historic gardens; a tea plantation that reminded us of Napa Valley, California; beautiful mountain-rimmed lakes and ultra-modern economic development zones.

Our trip ended with a short flight back to Beijing and a long plane ride home. 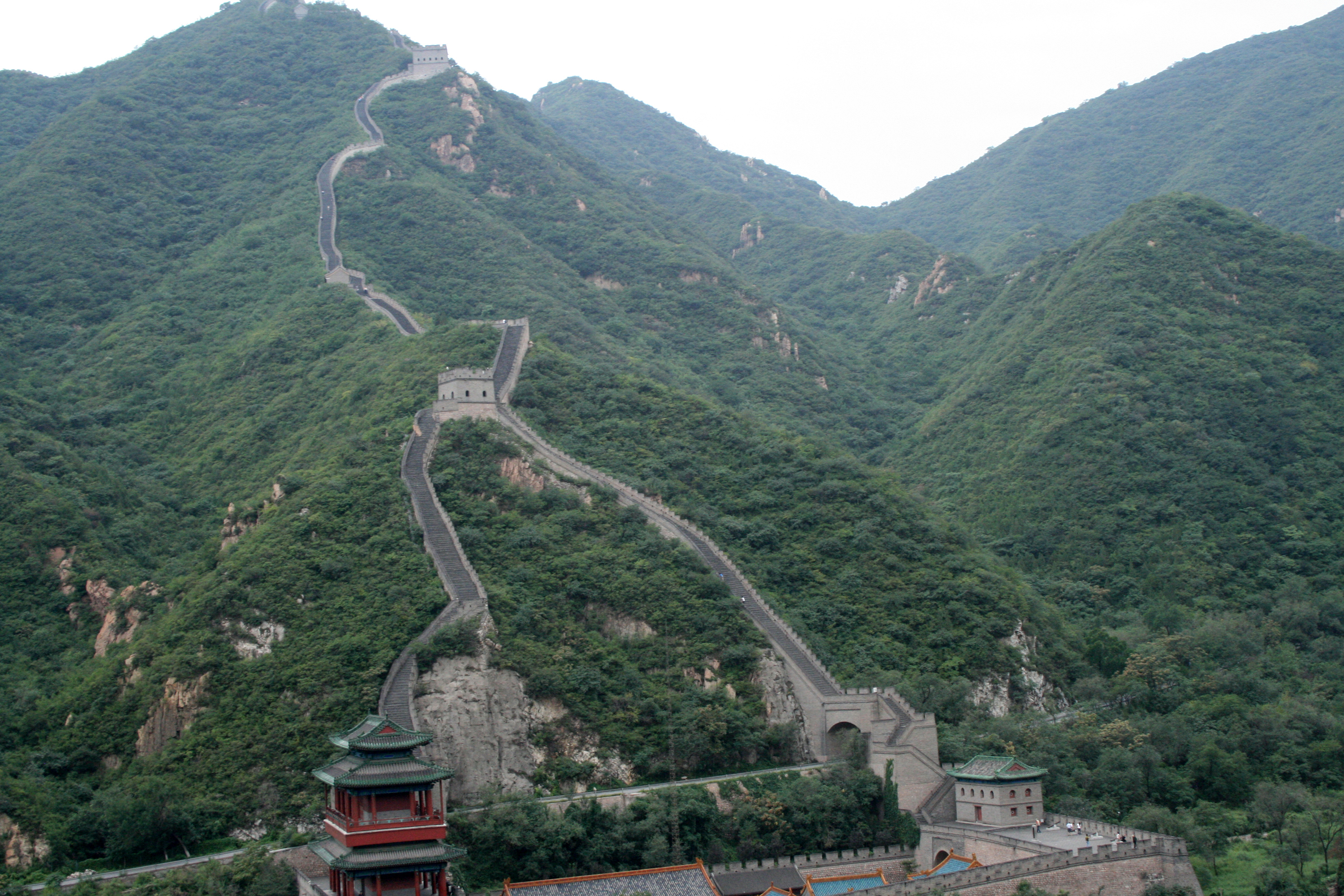 A scene along the Great Wall of China in the vicinity of Beijing; courtesy: Jeff Orenstein

Here are a few observations about visiting and understanding China to inspire you to plan your own first visit:

First, we suggest you don’t go by yourself unless you are familiar with the country and speak the language of the area you will visit.

The “official” Beijing variant of Mandarin is useful in most of tourist-friendly China, but there are other regional dialects that vary considerably. We recommend taking a good tour instead.

The English-speaking guide on the tour will be worth the extra price alone and you’ll also get reliable transportation, good hotels and interesting food.

Second, don’t try to see all of this huge country on one trip. Focus on a few cities (Beijing and Shanghai are musts) and include the attractions such as the Great Wall that are within reach.

Plan at least a week for your exploratory trip. Two or even three weeks are better.

Most of the public people you meet (hotel clerks, police and shopkeepers, for example) speak some English, at least in the big cities, since it’s part of the school curriculum.

They are happy to welcome U.S. tourists and many establishments and street vendors take dollars without the need to exchange dollars for Yuan. Credit cards are also ubiquitous.

The Chinese have voracious appetite for historical preservation and tradition while fiercely supporting full-speed economic modernization.

They are patriotic and have a lot of personal satisfaction with their lifestyle despite the lack of emphasis on Western democracy and personal liberties.

A typical middle class family of three in West Central China has two wage earners, a car and leases a modern apartment of about 1,200 sq. feet (a lease in a big city runs about $300,000 total for 70 years—no real estate may be officially owned).

They pay about $4.00 a gallon for gasoline, buy their own health insurance and have considerable day-to-day personal freedom, though political freedoms are still quite limited and vocal dissidents are treated harshly.

Parents in the mostly one-child urban family lavish luxuries and education on their child, typically sacrificing their own access to amenities to give their children a leg-up in society.

As the government tries to cope with the obvious urban air quality problems, it has banned gasoline-powered motor scooters in many cities, causing a proliferation of buses, electric scooters and a major expansion of an already-extensive modern electric passenger rail system with urban commuter service, conventional trains and ultra-modern inter-city bullet trains. 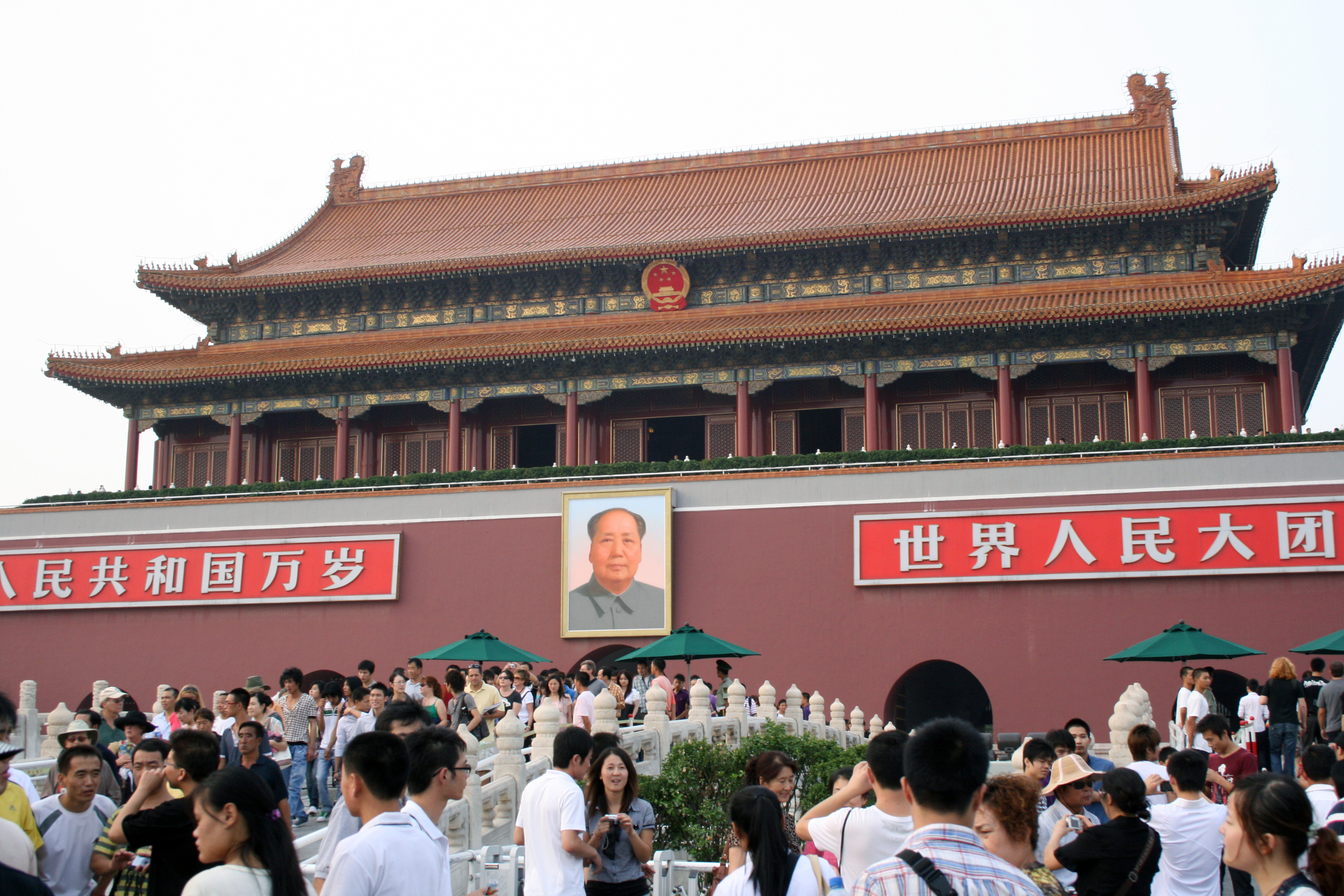 Contemporary China is a country of contrasts.

We saw the modern, rapidly-developing China but our official guides, upon being asked about the hinterlands, readily admitted that there is still widespread poverty, choking pollution and minorities with less social and political clout than the dominant (95%) Han culture.

A visit to rapidly-changing China is quite an eye-opener.

It is an ancient and fiercely proud culture that has evolved steadily through history and making rapid strides today. Though small-level capitalism is flourishing and expanding, it is still largely a centrally-controlled economy with rampant, if slowing growth.

It is not easy to grasp or label the essence of contemporary China.

Chairman Mao’s cultural revolution is a nasty memory to older Chinese and only something that the huge, younger generation hears about, but did not experience. Most knowledgeable observers predict more change in the future as the middle class and capitalism continue to emerge and China moves from a regional to a world power.

Despite the gradual but inevitable changes, China still remains a fascinating mixture of traditional Asian culture and its own version of an emerging Western-style economy.

Its huge population provides it with ready manpower but drains resources.

Our advice for visitors is to put away our Western political and cultural biases insofar as possible and experience China as it is, not the way we want it to be.

No matter when you go, it will surely be worth the trip.

-–>LEARN: How We Save Hundreds Off Airfare

China can be reached by air, ship or train.

Many of the world’s major airlines fly to either Beijing Capital International Airport (PEK) or Shanghai Pudong International (PVG), and both ultra-modern airports are connected to the nation’s high-speed rail system.

By train, China’s railroad system is emerging as one of the world’s best. Rail connections are even available from Europe for the very adventurous. Train travel between major cities is practical because of China’s great high speed rail network.

Cruise lines call at many ports, typically Shanghai, Beijing and Hong Kong. There are also many internal river cruises that hit some fabulous tourist attractions.

Don’t try to drive; take a charter bus to explore China by highway. Taxis and public transportation are ubiquitous in major cities.

For more on transportation options in China, visit the National Tourist Office.

Visas may be required for visitors. Check your country.

Mobility Level: Typically low, if you are traveling with a tour. If you can get on and off a bus and walk short distances, you will be fine.

When To Go: Fall is best, although climate varies significantly within this huge country.

Where To Stay: Tour hotels are usually first class.

Dress: Modestly casual is the order of the day. Standard Western business or business casual is common on the streets and will allow you to fit right in.

For more in-depth advice on West Central China and the entire country, check out LONELY PLANET’S CHINA guide from Amazon.com. Thank you for using our referral (“affiliate”) links to support our journalism.

What did you do on your visit to West Central China? Share your favorite tips in the comments section below!

Jeff & Virginia Orenstein
Jeff and Virginia Orenstein are husband and wife travel writers from Sarasota, Florida, and contributors to The Voyage Report. Their Simply Smart Travel column with travel ideas, articles, and more from their blog, appears in newspapers and magazines in nine states and online. They can be reached via email or on Facebook.
Previous post Study: Two One-Way Tickets Sometimes Cheaper Than Roundtrip Next post Sweat While You Soar: Gyms Coming to Airports, Airplanes