Travelers have found a new way to save money: buy two one-way tickets instead of a roundtrip.

A recent report by Airlines Reporting Corporation declares its analysis “disproves the myth” that roundtrip tickets are always cheaper than building the trip with two one-way tickets.

In fact, the number of flyers who are purchasing their itineraries direction-by-direction has “significantly increased” in just the past three years, ARC found.

-–>EVENT: Bring Our Expertise to Your Organization with Travel Talk Events

For some markets, historically the cost of buying two one-way tickets was up to 50% higher than that same trip booked as a roundtrip.

That pricing disparity, however, is now virtually gone, ARC concluded.

“The data shows the long-held belief that it is always better to purchase a roundtrip ticket is not always true in today’s market,” ARC’s Chuck Thackston explained in a release.

ARC analyzed 350 million ticket transactions from nearly 7,000 travel agencies across the United States over the past three years.

Its study found the share of itineraries now purchased as two one-way tickets increased a dramatic 45% since 2014, from 29% of all tickets purchased to 42% this year.

The “surge” in such one-way purchases was seen for travel booked far in advance, as well as last-minute travel, when such tickets were traditionally bought for maximum flexibility. 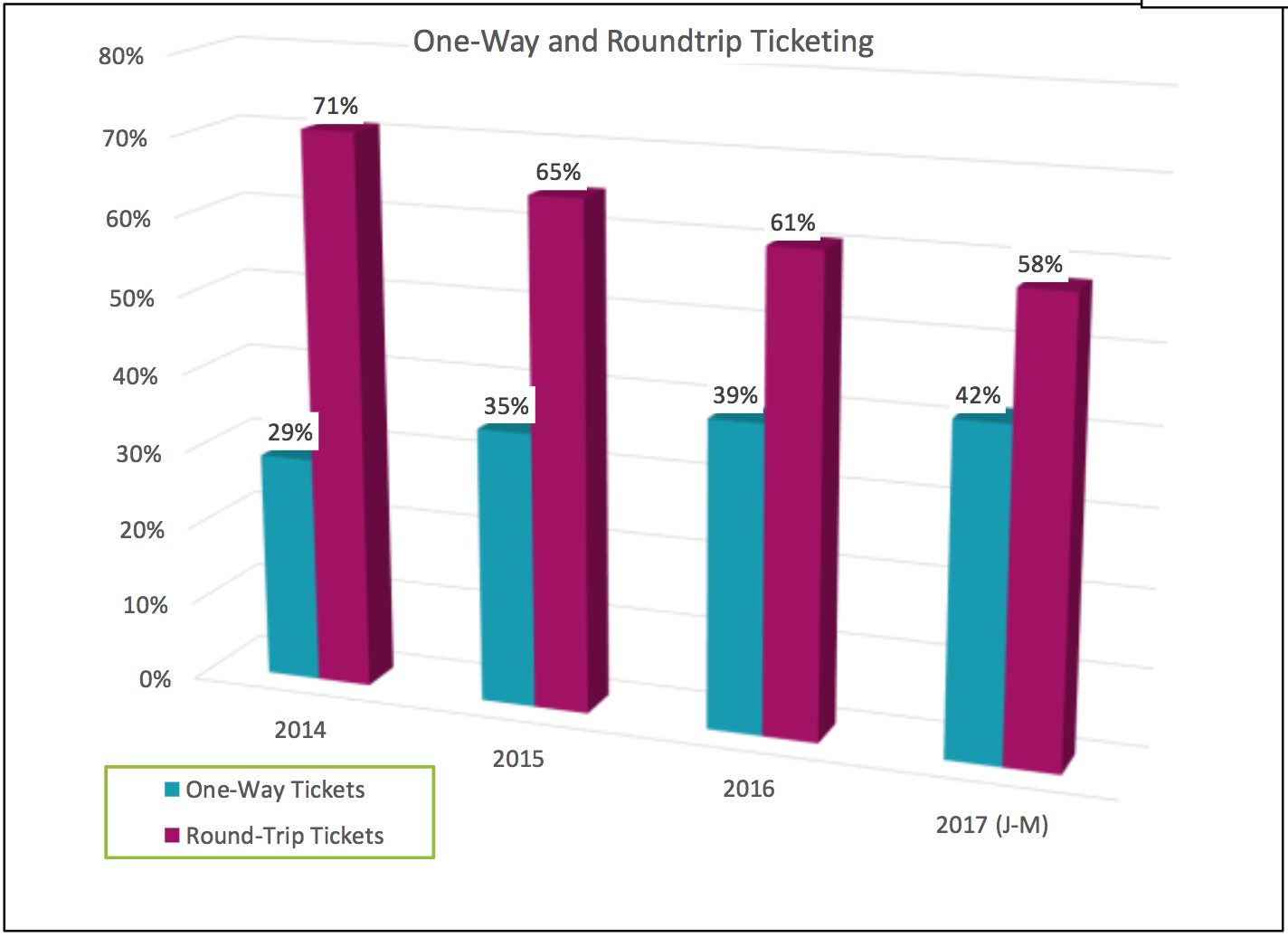 That led the firm to conclude that while demand for air travel remains strong, “purchase behavior is changing.”

In some markets, travelers have saved more than a hundred dollars as the “one-way premium” all but disappeared. 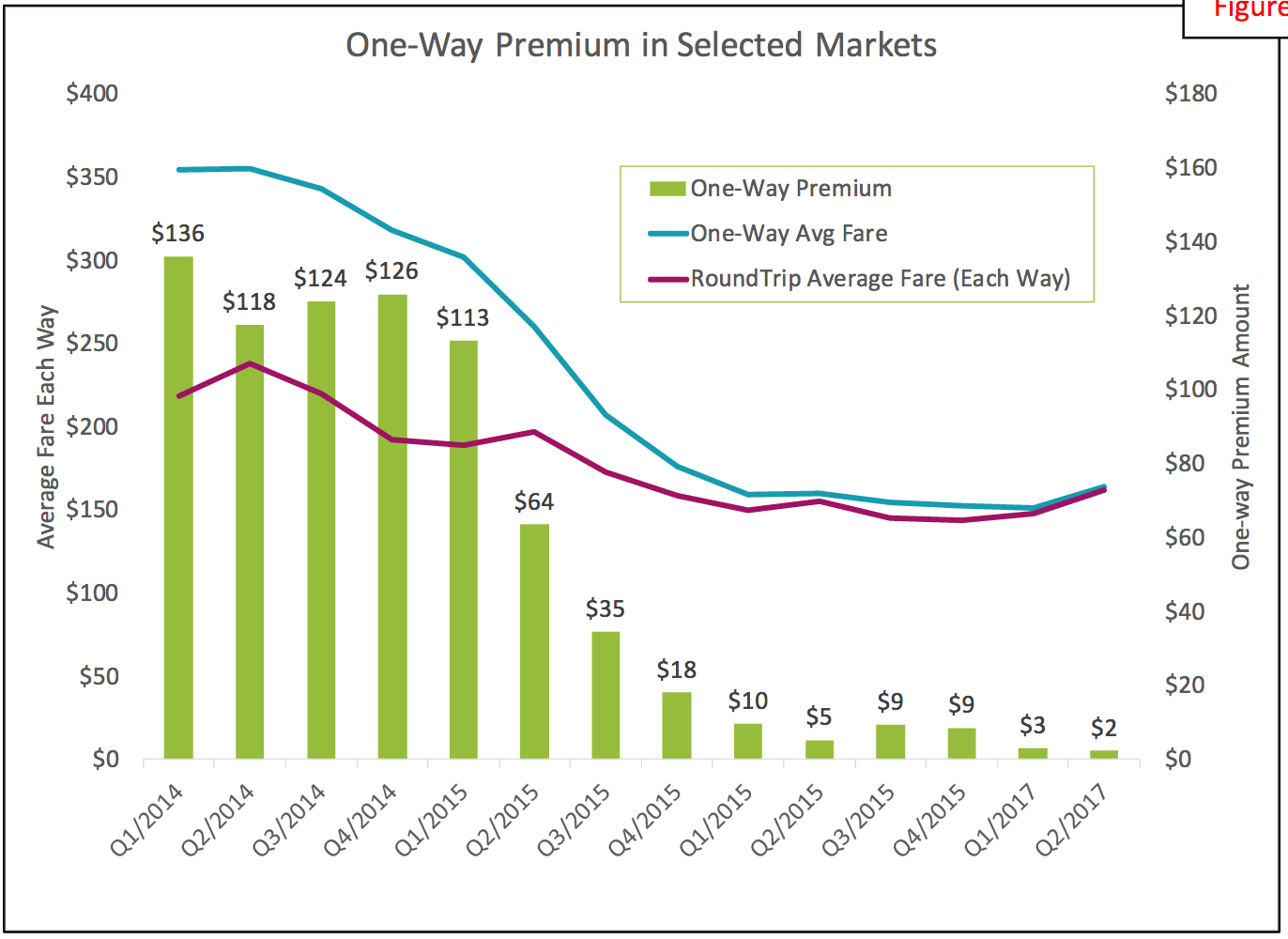 Mark Albert
Mark is a Peabody Award-winner who has reported in newsrooms across the country, most recently as a freelance correspondent at CBS News. He's traveled to 60 countries so far and plans to get to the rest—with a little luck.
Previous post Global Entry Now Available On Arrival into U.S.; No More Appointments Next post Sunday’s Simply Smart Travel Column: Central China