NAVIGATION The Voyage Report > Tips & Tricks > On The Road > What is the “REAL ID ACT”? How Will It Affect You

What is the “REAL ID ACT”? How Will It Affect You 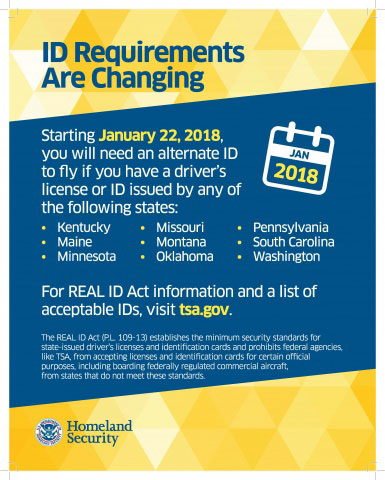 If you’ve gone through airports in a handful of states recently, you may have seen these new, yellow and blue signs that read, “ID requirements are changing.”

It’s a warning from the Transportation Security Administration (TSA), which began posting the signs in mid-December 2016.

Beginning in January 2018 – less than a year away – the TSA will start to enforce the federal REAL ID Act, which was passed by Congress in 2005 in the wake of the Sept 11, 2001, terrorist attacks on New York, Washington DC, and Pennsylvania to strengthen identity verification (click here to read the Act; relevant portion begins on page 81).

The Act, as implemented by the US Department of Homeland Security (DHS), added new requirements to identification cards, including driver’s licenses, issued by state governments to verify that the holder is a US citizen. REAL ID cards have a star in the upper right corner.

Some states were more enthusiastic about complying with the law (which does require laborious work by people with old IDs and driver’s license cards to get new ones, including presenting original Social Security cards with a person’s exact name as well as a passport or birth certificate, along with other requirements) while other states, such as the nine listed above, were holdouts.

Some state lawmakers complained about a lack of funding to put the changes in place and others simply protested the federal government’s involvement in the issuance of state identification cards. 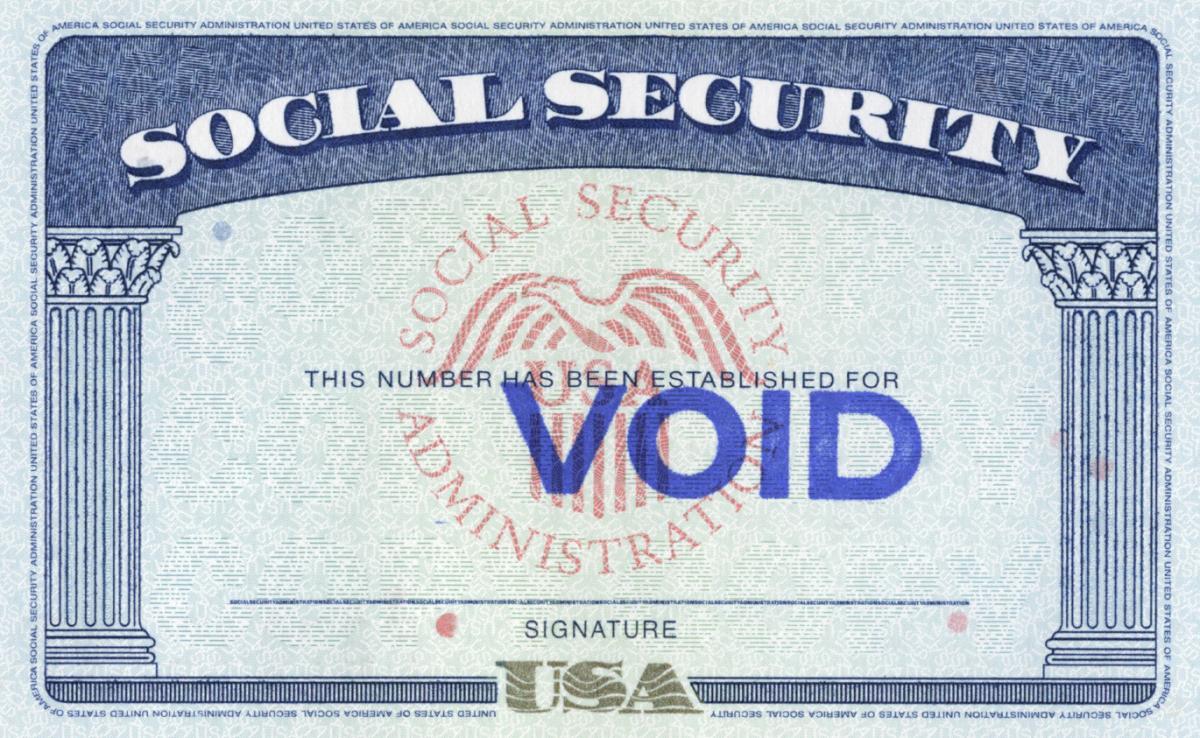 IDs Will No Longer Be Accepted

Regardless, DHS and TSA have finally run out of patience and are refusing to grant most extensions or bow to public pressure.

So, beginning in January 2018, travelers who do not have a REAL ID-compliant driver’s license or ID card will not be able to use that as accepted identification at airports, land-border crossings, military bases, federal buildings, and at other federal sites and agencies that require identification (click here for Frequently Asked Questions about the REAL ID Act).

In the past few months, some states have come into compliance. In May, Minnesota finally caved in and approved the necessary changes.

Montana, Missouri, and Maine are the remaining holdouts, according to an interactive DHS map. Just under two dozen states have limited extensions, which will expire soon.

Michigan, Minnesota, New York, Vermont, and Washington are the only states, according to DHS, which currently issue Enhanced Driver’s Licenses, which will still be accepted as valid land border-crossing documents.

Instead, travelers at an airport will have to show some other form of “acceptable identification” as defined by DHS. A passport is the most well-known of these; a full list is on the TSA website here. Here’s the key line:

“If the traveler cannot provide an acceptable form of identification, they will not be permitted through the security checkpoint.”

DHS insists it is not trying to create a national identification card and states “REAL ID does not create a federal database of driver license information.”

But there have been so many rumors, DHS actually created a “Rumor Control” webpage to try and clarify, as well as this color-coded chart: 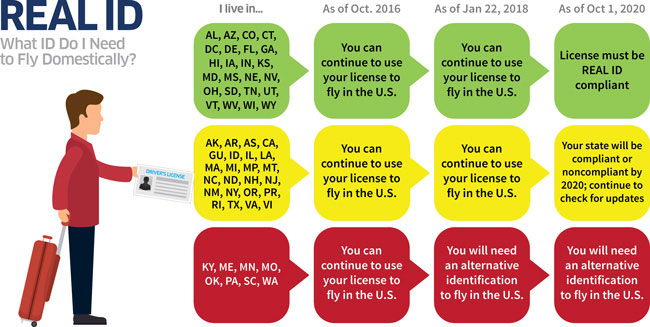 For those who have forgotten their driver’s license at home when going to an airport (ahem), you know there’s still a way to get on the plane, as long as you attest to TSA that you are who you say you are and pass a quick background check.

However, as KSTP-TV in Minneapolis/St. Paul reported in December 2016, that option will be ending in January 2018, as well, for those who don’t have an enhanced driver’s license or passport.

So, heads up, travelers: take action now so you don’t miss your trip.

Will this cause you to get a passport now? Consider getting Global Entry from DHS at the same time. Click here for more information.

Viewers, listeners, and readers of The Voyage Report can try CLEAR expedited security for FREE for three months ($179 per year to continue after that). Click here for an exclusive promo code.

Real ID FAQs from US Department of Homeland Security:
directions_walk

REAL ID cards can be obtained from any DMV or wherever a state issued identification cards.

Check the website of the Secretary of State where you live.

There is processing time, so don’t wait for the last minute – especially because there are a large number of passports due for renewal in 2018, so processing times may be longer the more you wait. Learn more:

If you’re paying for a passport anyway, consider getting Global Entry at the same time. It works out to $1.66 a month and can actually save days — not just hours — of your life. Take it from us. To read more about it, click here for our post HOW TO SAIL THROUGH CUSTOMS & IMMIGRATION

Mark Albert
Mark is a Peabody Award-winner who has reported in newsrooms across the country, most recently as a freelance correspondent at CBS News. He's traveled to 60 countries so far and plans to get to the rest—with a little luck.
Previous post Reports: U.S. Agrees Not to Expand Electronics Ban—For Now; ‘Other Measures’ Possible Next post Flight Attendants File Breastfeeding Complaint Against Airline