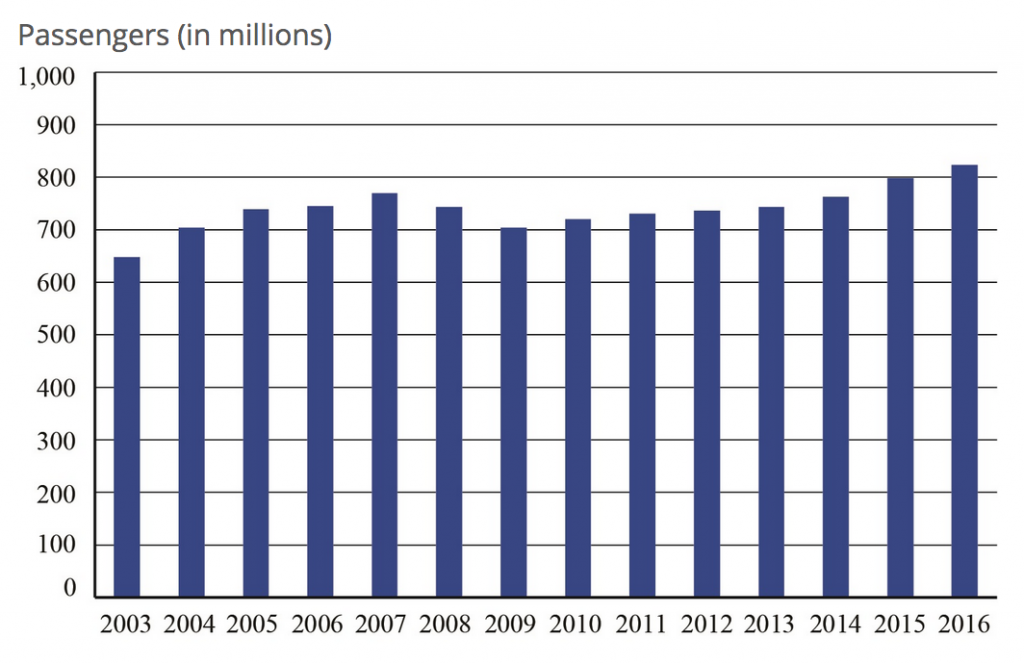 Annual passengers on all U.S. scheduled airlines (domestic and international) from 2003-2016; courtesy USDOT

A total of 719 million passengers flew domestically, while 103.9 million flew internationally. Those combined totals from 2016 broke a record set the previous year, in 2015.

But while the number of people flying American carriers has never been higher, paradoxically, planes also flew with more empty seats, due to airlines increasing capacity after self-imposed restraint during the Great Recession, the USDOT numbers showed.

Passenger traffic in 2016 increased over the prior year by a healthy 3.1%, the USDOT said, up from the previous record of 798.2 million passengers.

Airports ‘Out of Date,’ Underfunded

But while airlines are seeing growth, America’s airports are straining to keep up with the swelling crowds.

CEOs from a diverse set of U.S. airports testified before Congress on March 1 that their facilities are starving for cash, imperiling the efficiency of country’s air network and leading to a “massive investment challenge.”

“None of us got to declare bankruptcy” unlike the airlines, testified Christina Cassotis, who oversees the Allegheny County Airport Authority, which operates Pittsburgh’s airport. Built to handle 32 million passengers a year, PIT now handles just eight million, a drop of 75%, she said.

“We need to modernize and upgrade costly inefficient, oversized, and out of date facilities – none of which is a priority in the current funding rules,” Cassotis told lawmakers on the House Subcommittee on Aviation. 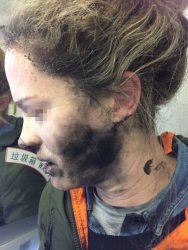 –>READ: CEOs Tell Congress US Airports “Out of Date,” Underfunded 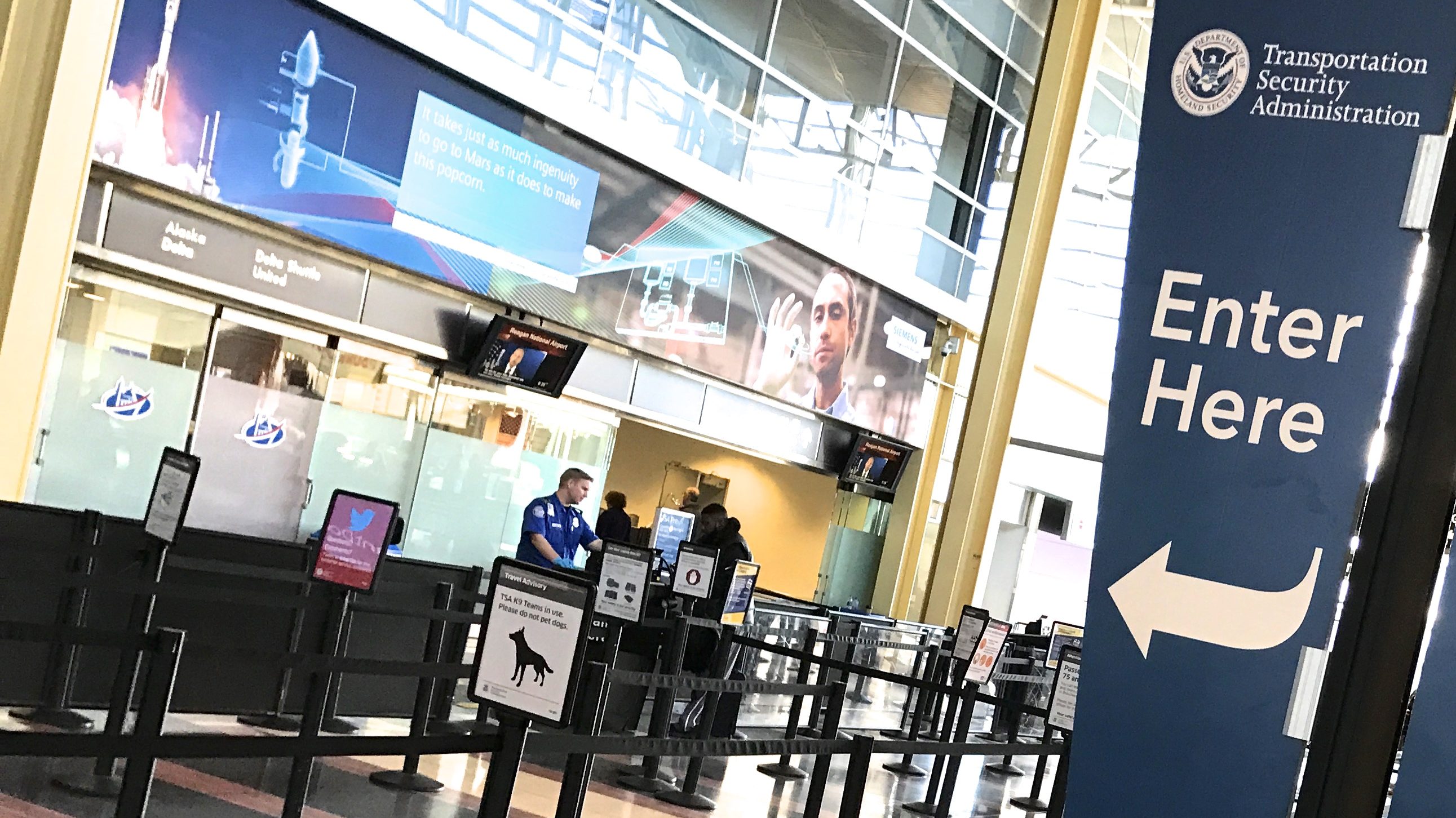 Meanwhile, the Transportation Security Administration (TSA) says it is preparing for a “10-year high” in passengers traveling during Spring Break.

The TSA predicts it will screen 62 million passengers just in the month of March.

“As we approach the Spring Break travel period, security remains our top priority, and we are taking every measure, both seen and unseen, to protect the millions of air travelers,” TSA Acting Administrator Huban Gowadia said in a statement March 2.

–>LEARN: What is the “Real ID” Act and How Will it Affect You

-–>LEARN: How We Save Hundreds Off International Flights

Mark Albert
Mark is a Peabody Award-winner who has reported in newsrooms across the country, most recently as a freelance correspondent at CBS News. He's traveled to 60 countries so far and plans to get to the rest—with a little luck.
Previous post FREE COUPON: 20% Off ‘How to Land An Airfare Deal’ Next post TVR Editor-in-Chief Mark Albert Appears on Twin Cities Live in Minneapolis/St. Paul