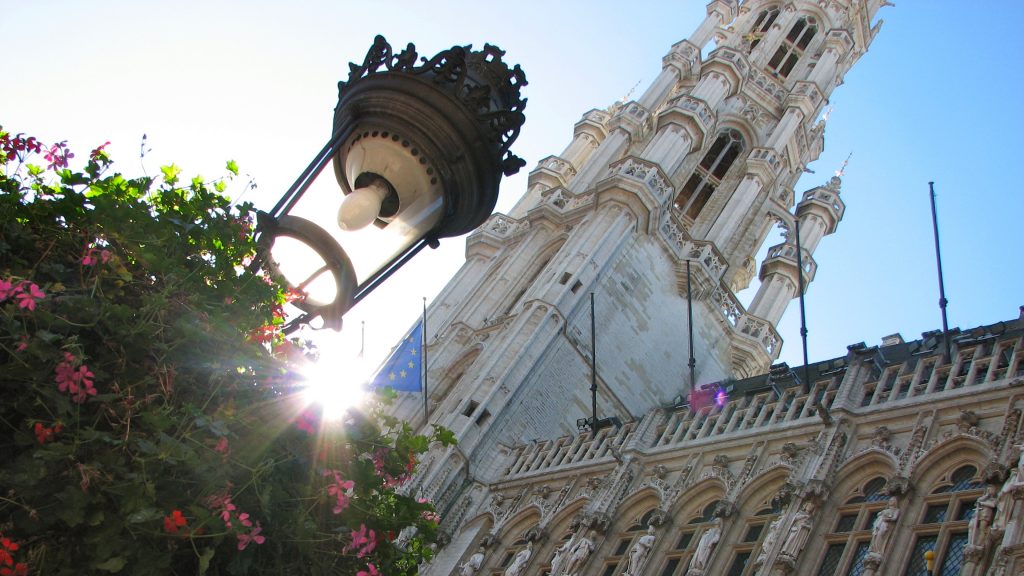 WASHINGTON (TVR) – The U.S. State Department is warning Americans to be cautious when visiting Europe, citing the “continued threat of terrorist threats” throughout the continent.

The alert, issued Monday just weeks before the busy summer tourist season begins, lasts four months and expires Sept. 1, according to the text of the alert posted on the department’s website.

The State Department lists recent terror attacks in France, Russia, Sweden, and the United Kingdom as evidence that ISIS, al Qaida, and affiliated groups “have the ability to plan and execute terrorist attacks in Europe.”

“U.S. citizens should always be alert to the possibility that terrorist sympathizers or self-radicalized extremists may conduct attacks with little or no warning.”

–>RELATED: Travel To Regions Hit By Terror Attacks Bounces Back

-–>LEARN: Save Hundreds Off Every International Flight 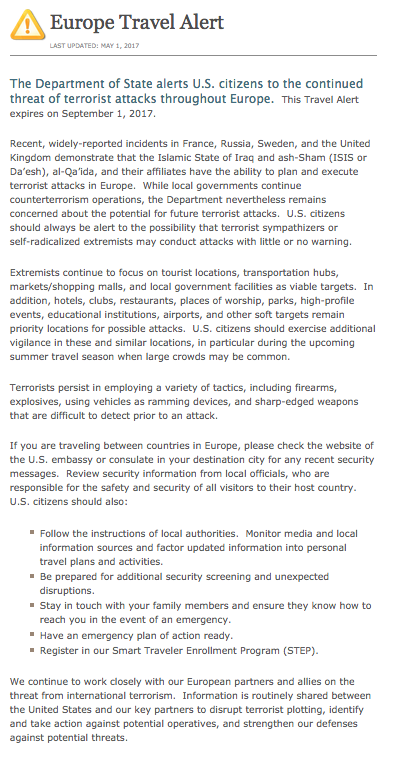 Such locations are known as “soft targets,” because they typically aren’t surrounded by elaborate security such as is found at embassies, police stations, and national government headquarters.

“U.S. citizens should exercise additional vigilance in these and similar locations, in particular during the upcoming summer travel season when large crowds may be common,” the alert advises.

This new alert, replacing one that expired in February, was “not prompted by a specific threat,” a State Department official told Reuters, but rather was a “recognition of the continuing risk of attacks,” especially with the summer holidays fast approaching.

The State Department encouraged Americans to do the following:

–>RELATED: How to Stay Safe While Traveling

Mark Albert
Mark is a Peabody Award-winner who has reported in newsrooms across the country, most recently as a freelance correspondent at CBS News. He's traveled to 60 countries so far and plans to get to the rest—with a little luck.
Previous post United CEO Testifies Before Congress After PR Debacle; “We Failed” Next post DEAL ALERT Europe From the U.S. Starting at $362!