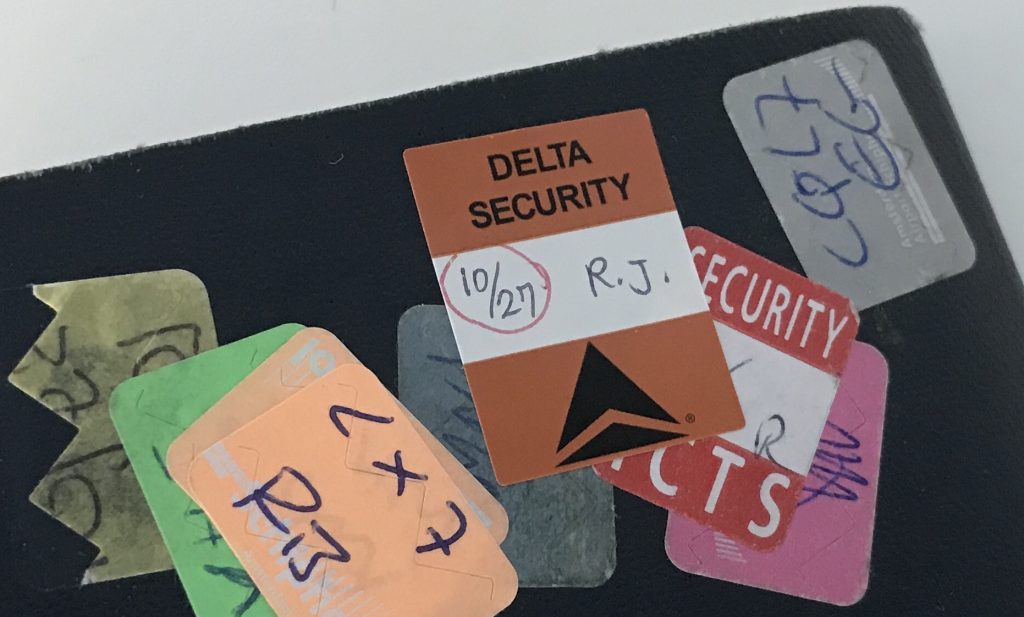 TOKYO (TVR) – The U.S.-bound passengers, including this reporter, approached the thin, black, portable stands one by one at Gate 145 at Tokyo’s Haneda Airport (HND) on Friday, part of the first wave of passengers worldwide to undergo extra screening mandated by the Trump administration.

Three plain-clothed security screeners asked each passenger, including this reporter, a series of questions:

The entire interview took less than five minutes and was nearly identical to interviews experienced for the past several years on flights bound for America from Amsterdam Airport Schiphol (AMS) in the Netherlands. 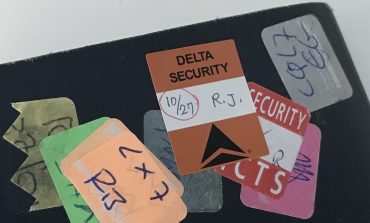 The agent at Haneda then placed an orange sticker on the back of each passport with initials and the date.

Later, as boarding was about to commence, four more agents checked to make sure passengers had the requisite sticker on the back of their passports.

A separate area had been set up behind the gate counter for extra physical screening, but was not used at the time this reporter boarded the aircraft. 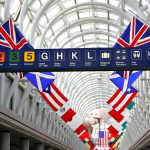 Starting Thursday, travelers to the U.S., including American citizens, faced the new scrutiny and extra screening after the Trump administration demanded the increased vetting from foreign countries or warned they would face travel-related sanctions.

Passengers on U.S.-bound flights can expect not just the face-to-face security interviews, which is already done on some flights headed to the U.S. from Europe, but also random baggage screening after the security checkpoints, and increased identification checks. The exact methods may change depending on the airport, airlines, and country of departure.

Cathay Pacific announced it will suspend in-town check-in and bag drop-off for flyers traveling to the U.S.

In addition, airport employees are also subject to further scrutiny, as is physical security around aircraft and airport facilities.

“The security measures affect all individuals, international passengers and U.S. citizens, traveling to the United States from a last point of departure international location,” Lisa Farbstein, a TSA spokeswoman, told the Associated Press.

The extra screening measures are estimated to affect about 2,100 flights a day into the United States, or about 118 million passengers a year, according to DHS estimates.

They come after the U.S. ordered additional screening requirements, including on explosive detection on electronics, in July. 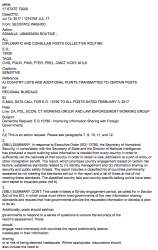 As The Voyage Report reported in July, a lengthy State Department cable, posted online by Reuters, states the orders come after consultation between diplomats, the Department of Homeland Security, and the Director of National Intelligence.

Then-Secretary of Homeland Security John Kelly had said in June that “It is time to raise the global baseline of aviation security.”

“We cannot play international whack-a-mole with each new threat. Instead, we must put in place new measures across the board to keep the traveling public safe and make it harder for terrorists to succeed,” Kelly said.

His announcement came just as the DHS phased out the controversial electronics ban, which prohibited electronics larger than a smartphone in the cabin of flights into the U.S.

–>RELATED: Only One U.S. Airline Snags 5 Stars in On-Time Ranking

The leaked cable posted by Reuters makes explicit that countries that do not begin furnishing the additional information on inbound travelers and that do not create electronic passport systems could face sanctions as punishment.

Specifically, the U.S. could begin blocking “categories” of foreign citizens from a particular country from visiting America.

DHS spokesman David Lapan told The Voyage Report the extra screening is part of a “country-by-country review” ordered by Pres. Trump in March as part of his travel ban, which has now been revised for a third time after being partially blocked by the courts.

In a statement Wednesday just after the new screening of American-bound passengers was confirmed, the U.S. Travel Association said:

“Security adjustments rooted in legitimate concerns are a fact of life for travelers. It’s essential that changes be clearly communicated, and also continually reassessed to ensure that they remain relevant—and that disruption to legitimate travel is kept to a minimum.

“The American travel community continues to feel that both security and economic objectives could benefit from hearing that these policy moves are tailored to specific vulnerabilities. The world should hear that they are not intended to discourage travel generally, and that legitimate business and leisure travelers are as welcome as ever in the United States.”

Mark Albert
Mark is a Peabody Award-winner who has reported in newsrooms across the country, most recently as a freelance correspondent at CBS News. He's traveled to 60 countries so far and plans to get to the rest—with a little luck.
Previous post Travelers to U.S. Face Enhanced Screening Starting Thursday Next post Sunday’s Travel Column: Slovenia Caves as ‘Underground Cathedrals’