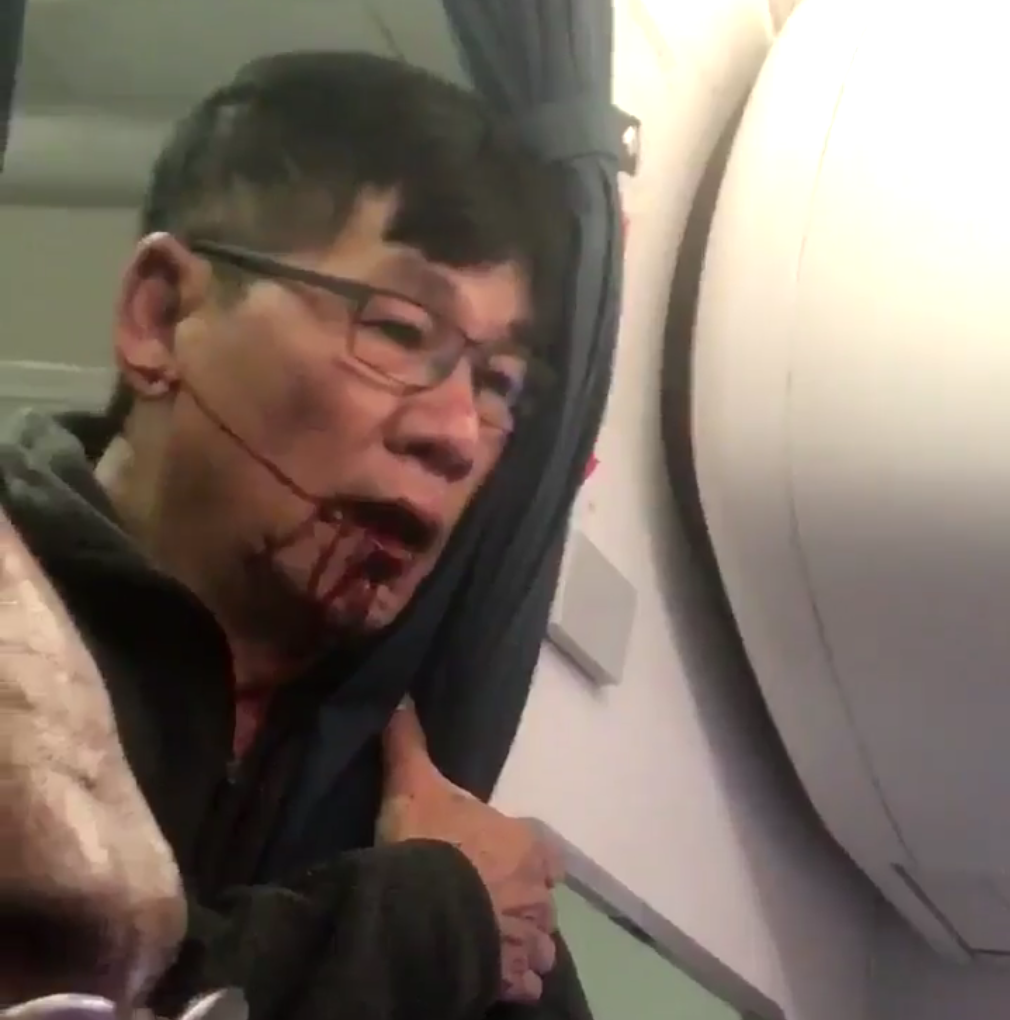 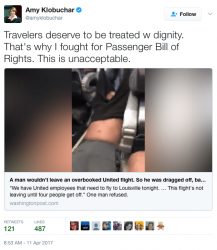 WASHINGTON (TVR) – Some outraged lawmakers want Congress to hold hearings on the United Airlines debacle after the carrier’s epic mishandling of a passenger on a flight from Chicago went viral, leading elected officials to call the man’s treatment “unacceptable,” even as the carrier’s CEO gave his first interview Wednesday to apologize yet again.

“Travelers deserve to be treated w dignity… This is unacceptable,” Minnesota Sen. Amy Klobuchar said in a tweet.

Del. Eleanor Holmes Norton, a non-voting member of Congress who represents the nation’s capital, issued a statement calling for hearings.

“The public is incensed, and the video images from fellow passengers are disturbing enough to warrant a public hearing by our committee when the House returns from recess,” Norton said. “A hearing would allow us to question airport police, United Airlines personnel, and Federal Aviation Administration officials, among others, not only about the underlying facts regarding the United Airlines incident, but, perhaps more important, to learn whether appropriate procedures were in place in Chicago and what guidance is available nationwide when passengers are asked to leave an overbooked flight.” 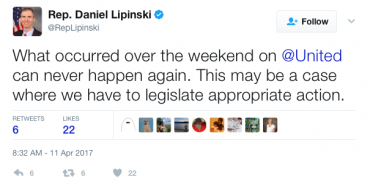 Rep. Daniel Lipinski (D-IL), tweeted “What occurred over the weekend on @United can never happen again. This may be a case where we have to legislate appropriate action.”

The U.S. Department of Transportation said it was reviewing what occurred as the Federal Transit Administration launched an investigation, CBS News reported.

Late Wednesday afternoon, the Chicago Aviation Department announced it put two more officers who were involved in the incident on leave, according to the Associated Press. 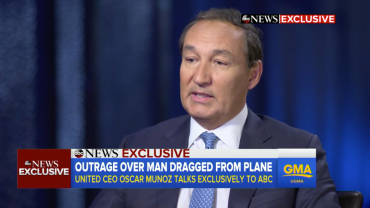 United Airlines CEO Oscar Muñoz during an interview with ABC News on April 12, 2017.

In his first interview after the debacle, United CEO Oscar Muñoz told ABC’s Good Morning America he felt “shame” after watching the video of Dr. Dao being dragged off the flight by airport police.

He promised not to “put a law enforcement official onto a plane to take them off … to remove a booked, paid, seated passenger; we can’t do that.”

Muñoz also explained why his initial response to the crisis did not include an apology.

He told ABC’s Rebecca Jarvis he delayed further comment to gather more facts, but acknowledged that “my initial words fell short of truly expressing the shame.” 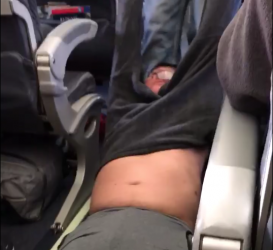 The passenger, identified as Dr. Dao, has now retained an attorney, Stephen Golan, who issued a statement saying his client was “undergoing treatment” at a hospital in Chicago “for his injuries.”

“The family of Dr. Dao wants the world to know that they are very appreciative of the outpouring of prayers, concern and support they have received,” Golan said in the release.

A Chicago Aviation Department police officer seen on one of the videos pulling Dao out of his seat was placed on leave Tuesday, along with two more officers suspended Wednesday afternoon.

Video posted to social media then showed Dao with blood coming out of his mouth and, later, running down his chin.

Here is the full statement from Dao’s attorney:

Watch Mark talk with KARE-TV (NBC) in Minneapolis about why airlines have less room for error when events go awry:

Do you think Congress should hold hearings on the United debacle? Let us know in the comment section below!

Mark Albert
Mark is a Peabody Award-winner who has reported in newsrooms across the country, most recently as a freelance correspondent at CBS News. He's traveled to 60 countries so far and plans to get to the rest—with a little luck.
Previous post United CEO Apologizes for ‘Truly Horrific’ Viral Incident; ‘We Will Do Better’; Stock Down Amid PR Debacle Next post Senator to Introduce ‘Customers Not Cargo Act’ to Ban Forcible Removal of Passengers