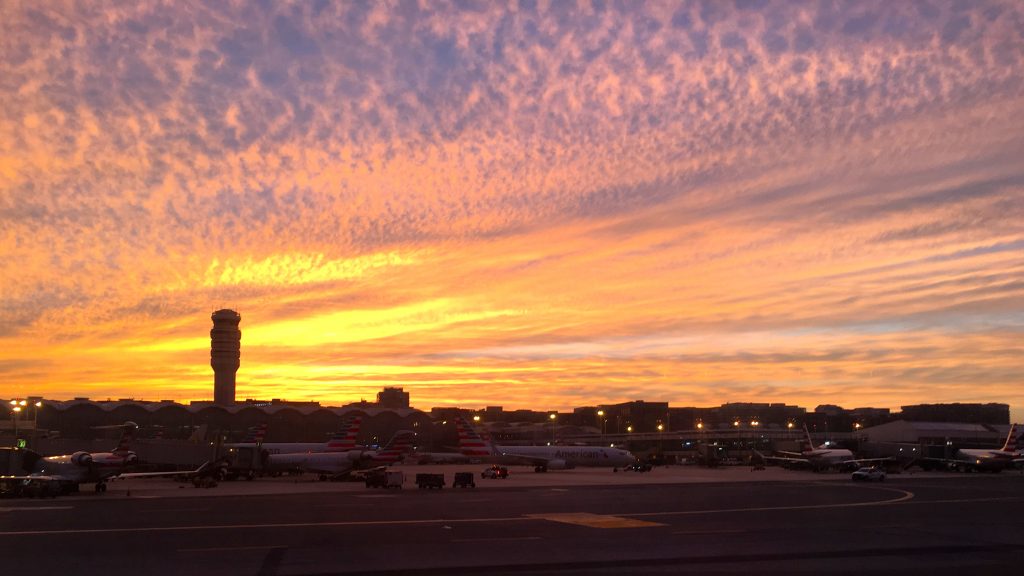 WASHINGTON (TVR) – Congress put out the ‘help wanted’ sign today, launching an effort to collect suggestions from flyers on how best to modernize and improve the U.S. aviation system.

At the start of the third in a series of hearings by the House Subcommittee on Aviation on air transportation in the 21st century, Rep. Frank LoBiondo (R-NJ) on Wednesday announced the creation of a special email address to collect feedback, suggestions, and advice: [email protected].

In the audience for the hearing were families of those killed in the 2009 crash in New York of Colgan Air Flight 3407; all 50 people aboard perished. The crash led to an overhaul in pilot training and pay. 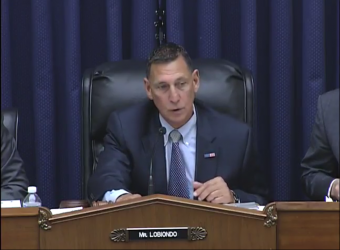 A screen shot from the U.S. House Aviation Subcommittee hearing webcast on Mar. 9, 2017

Those rules increased the flight hours required for pilots, but has also exacerbated a pilot shortage, an Inspector General’s report found, since fewer new pilots now meet the requirements.

“One of the single greatest deterrents to new pilots is cost,” explained Chip Childs, CEO of SkyWest, the country’s largest regional aircraft company, which runs subsidiaries SkyWest and Express Jet, both of which combined operate flights for Delta, United, and Alaska.

The cost to achieve a full flight certificate can rise to $300,000, Childs said. He called for Congress “to back” loans to future pilots, warning that a predicted shortfall of 15,000 pilots within 10 years would ground 1,500 aircraft—two-thirds of all regional aircraft in the skies today.

Congress Needs to ‘Speed Up’ NextGen 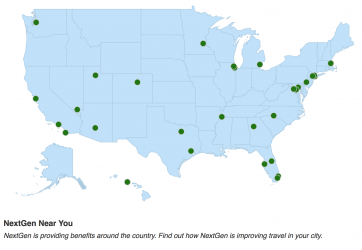 The CEO of Alaska Airlines, Brad Tilden, said he was “bullish” on aviation, but implored the panel to do what it can to accelerate implementation of the FAA’s NextGen program, which promises to improve efficiency, reduce delays, and save money by relying on GPS and other modern technology for takeoffs, flight, and landings.

“Alaska believes it’s imperative to speed up modernization of air traffic control to deal with increasing congestion and delays and to bring it into the modern era,” Tilden said in his opening statement.

Rep. Rick Larsen, the ranking Democrat on the aviation subcommittee, said he was introducing legislation along with Rep. Peter DeFazio (D-OR) to force airlines to be clear with passengers about their rights during irregular operations—when something goes wrong with an airline’s operations, such as severe weather, mechanical delays, or computer failures.

“We had many thousands – tens of thousands – of people stranded over the last couple of years because of IT meltdowns,” DeFazio told the five witnesses testifying, including the CEOs of two airlines.

Charles Leocha, chairman of Travelers United, told lawmakers “passengers are being punished for the failures of the airlines.” He urged Congress to publicize compensation amounts for lost, damaged, and delayed baggage (up to $3,500) as well as for involuntary denied boarding (up to $1,350).

The hearing was the third in a series preparing for a massive FAA reauthorization bill.

The second hearing, held last week, heard from executives from several of America’s airports, who told Congress they are starving for cash, imperiling the efficiency of the U.S. air network and leading to a “massive investment challenge.” 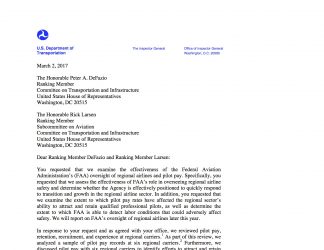 This week, the Inspector General for the U.S. Department of Transportation released a 12-page report to Congress which found that pay and benefits for U.S. regional carrier pilots have increased, but that updated federal training rules have “transformed” the talent pool, leading to less experienced pilots operating the most common type of regional aircraft and an increasing shortage of qualified pilots.

–>READ: Watchdog Finds Regional Pilot Pay Up, But So Is Inexperience

Mark Albert
Mark is a Peabody Award-winner who has reported in newsrooms across the country, most recently as a freelance correspondent at CBS News. He's traveled to 60 countries so far and plans to get to the rest—with a little luck.
Previous post Spring Forward: Daylight Saving Time Begins Next post Plane Carrying Michigan Basketball Team Goes Off Runway; ‘Extensive Damage’