Flight Delays Up, Cancellations Down in January, Gov’t Says 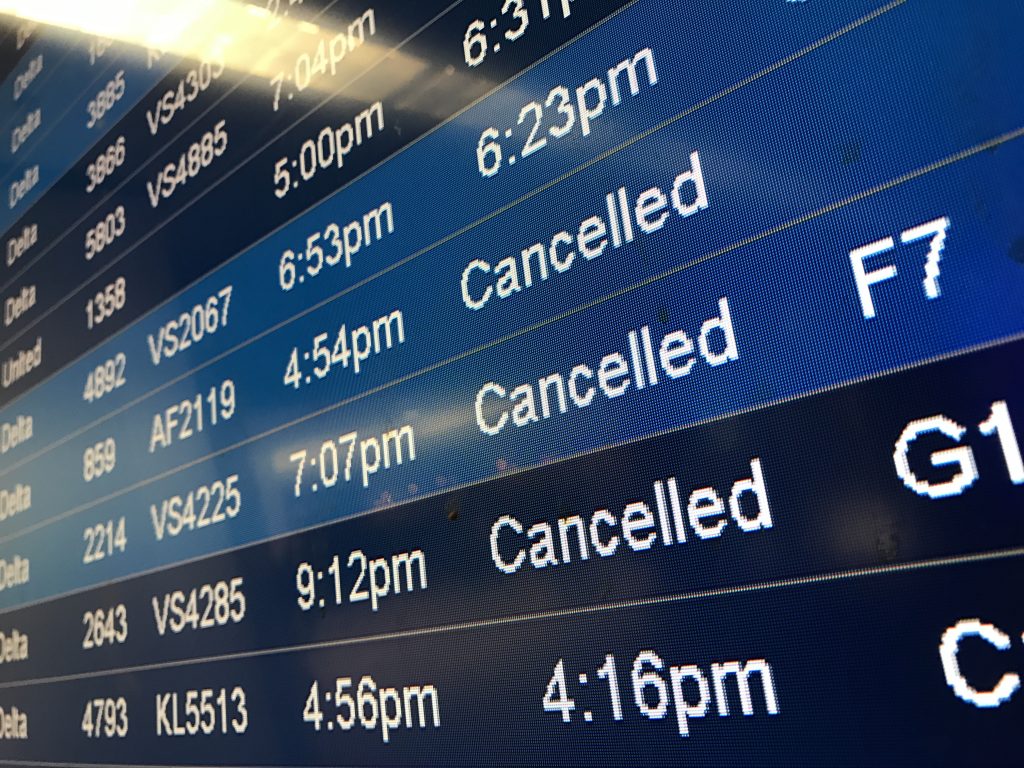 WASHINGTON (TVR) – Compared to when winter began, airlines had more flight delays and a spike in cancellations in January, new figures released by the U.S. Department of Transportation show.

The results are a setback from November, when the number of cancelled domestic flights dropped to an all-time low, with less than one-third of one percent of flights being scrapped.

Also in January, airlines canceled 2% of their scheduled flights within the U.S., a better showing than the 2.6% rate compared to the same period last year, but down from the 1.6% rate in December 2016 and the tiny .29% in November.

–>LEARN: How We Save Hundreds Off International Flights 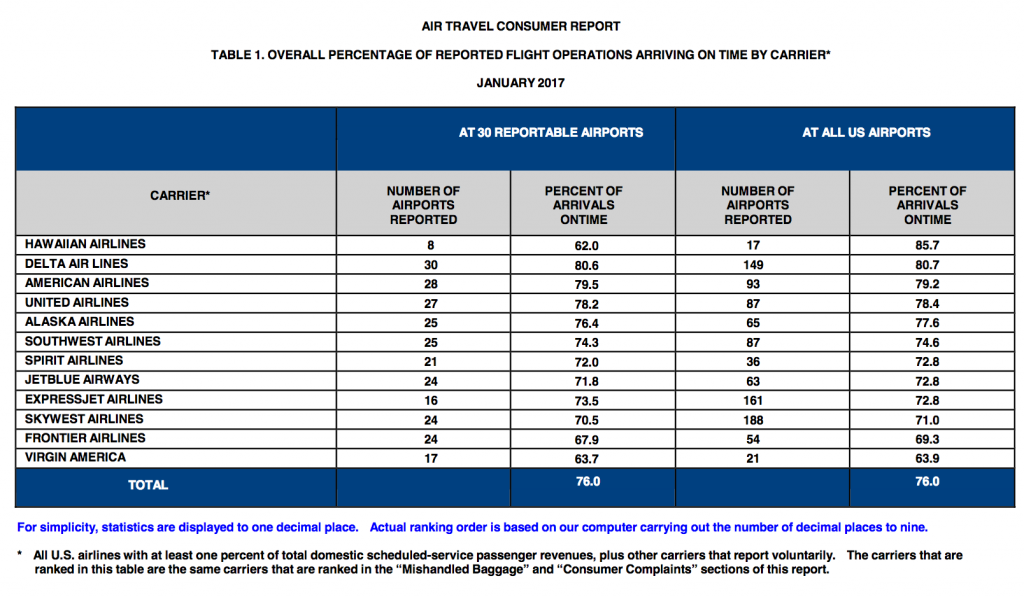 Of the 12 carriers measured by the U.S. DOT, Hawaiian Airlines had the best on-time arrival rate in January at 85.7%, followed by Delta at 80.7%.

Of major airports, LAX had the worst on-time arrival rate of 62.9%, which means nearly four in 10 flights arrived more than 15 minutes late.

Most Delays By Time of Day

Among major airports, delays were highest between 10p and 11p, the data show.

Passengers can file airline companies with the U.S. Department of Transportation here.

Some IDs Will No Longer be Accepted

The type of identification accepted for travelers at U.S. airports will soon be changing. Read about What is the “Real ID” Act and How Will it Affect You

–>SIGN UP: For The Voyage Report‘s FREE weekly newsletter

Were you delayed on a flight in January? Let us know in our comment section below!

TRANSPARENCY NOTICE: No free or discounted travel, gifts, or services or the promise of any compensation were accepted from any of the places, merchants, or products included in this article at the time they were reviewed. The decision to travel somewhere or review something is made by TheTravelLede.com alone with no input from advertisers. We believe in credibility and integrity and cannot be bought.

Mark Albert
Mark is a Peabody Award-winner who has reported in newsrooms across the country, most recently as a freelance correspondent at CBS News. He's traveled to 60 countries so far and plans to get to the rest—with a little luck.
Previous post Dismal Grades for America’s Infrastructure; Schools: D+; Aviation: D; Transit: D- Next post 1,000 More Flights Cancelled Today; Snow Records Fall; 5 Deaths Blamed on Storm