Authorities arrested a Delta Air Lines flight attendant upon arrival of an international flight at the carrier’s hub in Detroit on Friday on an outstanding felony warrant, authorities have confirmed to The Voyage Report.

An airline spokesperson stressed there is “no indication” the law enforcement issue was related to any conduct onboard.

Delta Flight 99 left Charles de Gaulle International Airport (CDG) at 11:22am local time and arrived at Detroit Metropolitan Airport (DTW) at 2:39pm Eastern Daylight Time, parking at gate A60 in the airport’s giant McNamara Terminal, according to data from FlightAware.

The flight arrived one hour and 25 minutes behind schedule after a late departure in France.

After the plane arrived at the gate in Michigan, the flight attendant was “taken into custody,” the airline spokesperson said.

A spokesman for U.S. Customs and Border Protection told TVR, “CBP officers working at the Detroit Metro Wayne County Airport arrested a flight attendant on an active warrant for grand theft in the third degree from Orange County, Florida.”

He was booked into the Wayne County Detention Center at 5:37p Friday as a “fugitive.”

He is being held awaiting extradition to Florida, multiple agencies said. 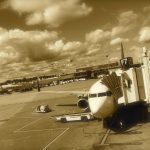 “There is no indication that this action was related to crew, passenger or aircraft safety or security of this flight,” Delta spokeswoman Kate Modolo told TVR.

On the aviation social media website FlyerTalk, a poster who said members of his family were onboard the A330-300 wrote that the crew instructed passengers to “sit down again” after the plane parked at the gate.

“Captain asks what’s going on. They proceed to tell one FA to get his bag, then they cuff him and walk him off the plane. Preceding were some arguments among FAs, nothing more known,” the poster, identified as Jmr007, wrote.

Some of the details in the post could not be independently verified. 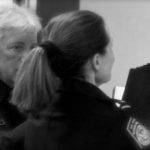 –>RELATED: DHS Announces New Security for All Flights into U.S.

Mark Albert
Mark is a Peabody Award-winner who has reported in newsrooms across the country, most recently as a freelance correspondent at CBS News. He's traveled to 60 countries so far and plans to get to the rest—with a little luck.
Previous post U.S. Gives $335M to Fix Airport Infrastructure; CEOs Plead for More Next post Sunday’s Travel Column: 5 Most Amazing Hiking Trails in the United States