WASHINGTON (TVR) – The global trade representative for the world’s airports issued a stark warning just hours before security officials from the U.S. were to meet Wednesday with concerned counterparts in the European Union about expanding a ban on electronics on flights to America from Europe.

Airports Council International, in a statement, slammed a “lack of meaningful security cooperation” between the U.S. and E.U. as “not conducive to effective security and potentially compromises trust in the aviation security system.”

Government officials for several European nations have felt the U.S. has not adequately consulted them as the Trump administration considers extending the electronics ban, just as the busy summer travel season is set to begin.

In remarks at George Washington University last month, U.S. Homeland Security Secretary John Kelly said it was “likely” the ban would be expanded to cover more routes beyond the initial 10 airports in the Middle East and North Africa, “given the sophisticated threats aviation faces” and in “an attempt to safeguard lives.”

–>RELATED:  Survey: 40% of Travelers Impacted by US Electronics Ban

The much-anticipated electronics ban meeting took place in Brussels amid signs that an expansion of the ban is near.

ACI warned Tuesday of “the highly disruptive and far-reaching consequences” that would result from expanding the ban on all electronics larger than a cell phone to the approximately 500 daily flights between the European continent and America from 59 airports.

The airports council estimated the number of passengers carrying laptops, tablets, e-readers, and other possibly-prohibited devices into the cabin ranges between 60%-90%, an extraordinary high number that could affect check-in lines, laborious baggage checks at departure gates, length of boarding, and on-time departure rates.

A survey released this month found that four out of every 10 travelers say they will be affected by the U.S. electronics ban and that 40% of those—nearly half—said they would “reroute their itinerary to avoid the inconvenience,” possibly adding time and cost to the trip.

In addition, ACI cautioned that rapidly expanding security checks may not even be possible because such numbers of additional staff “are not readily available.” 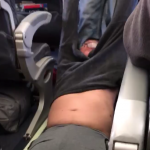 Olivier Jankovec, the director general of ACI Europe, warned in a statement Tuesday that sudden expansion of the electronics ban would lead to flight delays, cancellations, and a shortage of security staff.

“All in all, if the ban was to go ahead, it would hit the continent’s busiest airports hardest, where a significant portion of US-bound flights would need to be cancelled at short notice,” Jankovec said.

“For the flights that could still operate there would be delays, which would compromise onward connections in the US.”

“Beyond the immediate operational impact, we are concerned about the consequences that such a ban would have on demand for transatlantic air travel – and ultimately connectivity between Europe and the US. The fact that one of the affected Gulf airlines has downsized its operations the US is indeed worrying – and points to a wider & lasting economic impact.”

Travel to the U.S. has already suffered a decline so far in 2017 in the wake of Pres. Trump’s now-suspended travel ban, restrictions on electronics, and political uncertainty, several travel analytics firms have said.

The world’s largest airline, Emirates, is slashing capacity to the U.S. by 20% amid the travel slump; it said its profit last year plummeted 70%. 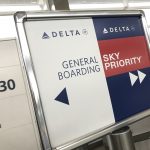 The intelligence leading the U.S. to consider expanding the electronics ban is reported to be part of the classified intelligence Pres. Trump suddenly disclosed to top Russian officials in an Oval Office meeting last week.

On Tuesday, U.S. National Security Advisor H.R. McMaster tried to downplay the impact of the disclosure, telling reporters in the White House briefing room that the airline threat “was shared with multiple allies.”

McMaster said “there are already policies being put into place to protect against that threat,” apparently alluding to the expansion of the electronics ban to cover additional airports.

U.S. officials said the initial ban was put in place because “evaluated intelligence” showed terrorist groups were keen on developing new, stealth explosives that could fit into a laptop-sized device and be carried on an aircraft, endangering passengers and crew.

Explosives inside a laptop detonated onboard a Daallo Airlines flight last year while the aircraft was in mid-air.

Only the suspected bomber died and the plane landed safely, despite a gaping hole in the fuselage. 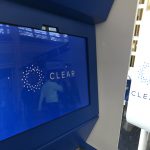 Just ahead of Wednesday’s electronics ban meeting in Belgium, ACI called for a “reset” for U.S. and E.U. cooperation.

“We need the E.U. and the U.S. to work hand-in-hand on this,” Jankovec said in his statement.

“This is what the travelling public – and citizens – rightly expect from their Governments, as it is the only way to stand a chance of defeating terrorism.”

Mark Albert
Mark is a Peabody Award-winner who has reported in newsrooms across the country, most recently as a freelance correspondent at CBS News. He's traveled to 60 countries so far and plans to get to the rest—with a little luck.
Previous post 10 Ways to Protect Checked Gadgets Next post DEAL ALERT Europe From the U.S. Starting at $346!