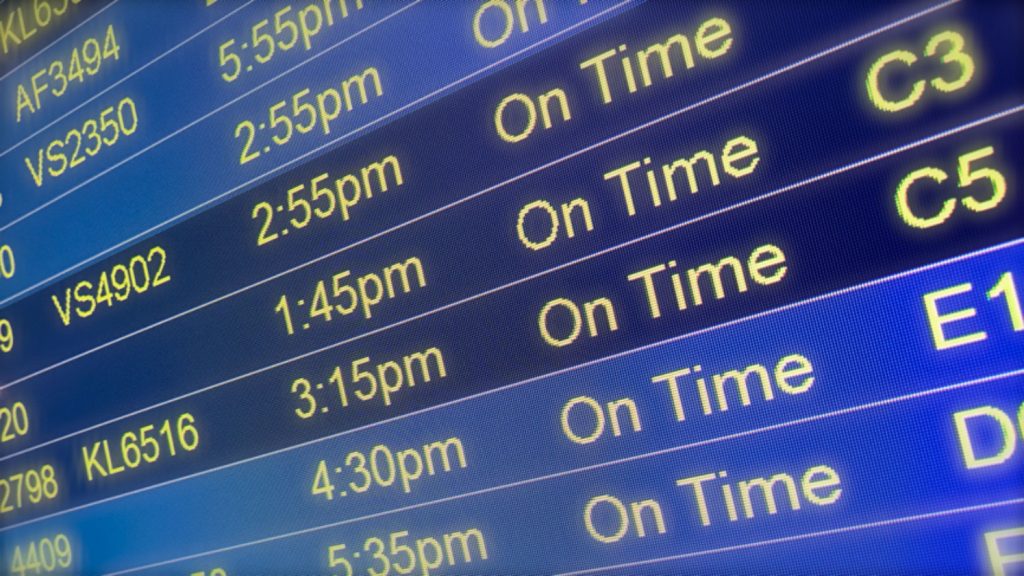 WASHINGTON (TVR) – The number of cancelled domestic flights has dropped to an all-time low, with less than one-third of one percent of flights being scrapped in November 2016, the US Department of Transportation announced.

The cancellation rate of .29% was the lowest since records began in January 1995 and down more than two-thirds from the 1% rate the month prior, the Air Travel Consumer Report stated.

In addition, the 86.5% on-time arrival rate for the same month was a slight improvement from October 2016.

While more travelers are getting to their destinations and with fewer delays, they’re also arriving with more of their checked baggage

. The same report found the rate of mishandled baggage or lost bags (2.02 reports per 1,000 passengers) was the lowest in three decades—since November 1987. Read the full news release.

–>RELATED: Why You Should Never Check a Bag – it could end up making you money!

Airlines have made large investments in recent years in baggage processing upgrades, including expanded use of RFID tracking devices inside baggage tags. Delta is using a new, $50 million real-time tracking system that includes cell phone alerts and a built-in map on its mobile app to show a bag’s location, CBS News reported in November 2016.

More than 23 million bags worldwide were mishandled by airlines in 2015, the most recent year figures were available, CBS News reported.

File an air travel complaint with the US DOT here.

Have you noticed fewer lost bags when you travel and the improved arrival times? Let us know in the comments section below!

Mark Albert
Mark is a Peabody Award-winner who has reported in newsrooms across the country, most recently as a freelance correspondent at CBS News. He's traveled to 60 countries so far and plans to get to the rest—with a little luck.
Previous post A Strong Dollar Puts Some of the World on Sale Next post Know Your Rights When Flying