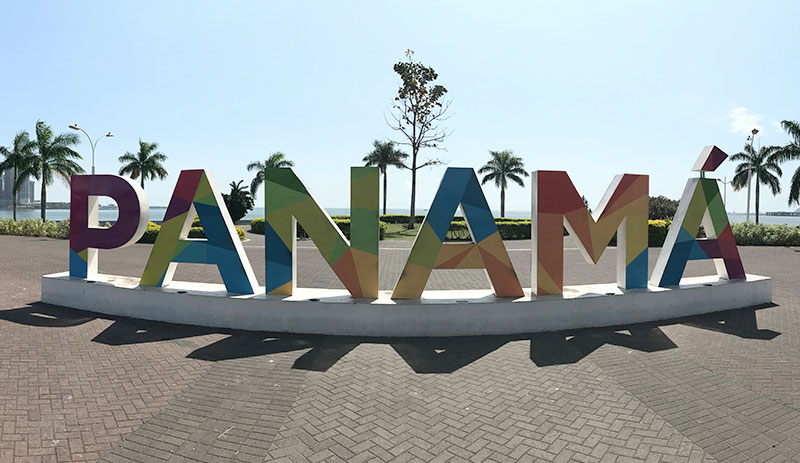 While in the capital city, to eat with the locals, go to El Trapiche (either at Albrook mall or the location on Via Argentina). Try the Panamanian soup Sancocho and Panama Festival platter—a sampling of local dishes.

When Mark visited, he used the same driver and guide each day. Alfonso’s expertise and local knowledge was invaluable. He’s available through Uber or for private hire and can be reached via email: [email protected] (Editor’s Note: The Voyage Report receives no compensation from this guide or his business; we simply post the information as an option for our readers to consider).

Most major transportation services are available, including trains, rental cars, tour groups, and drivers for hire. There is a metro rail line, Line 1, which covers the area north of downtown and begins at the Albrook Mall bus terminal. It does not, however, have any stations within the city center area. Line 2 is currently under construction and will connect the international airport to near downtown once it is complete in 2019.

For a unique sight, drive four hours north of Panama City on the Pan American highway to see both the Pacific and Atlantic Oceans at the same time—if your head is on a swivel. The hilltop view is in Veraguas (“sea water”) province.

Visas are not necessary for visitors from a long list of countries, including the United States.

The country’s dry season is typically December through April, although a passing rain shower may have neglected to get that particular weather memo. So still keep an umbrella or poncho handy during those “dry” months.

The official currency is the Balboa, but it’s tied to the US dollar and only offered in coins. So everyone accepts the greenback and there’s no need for American visitors to exchange currency.

Some restaurants are closed on Sundays, so call ahead before eating out on that day of the week.

The Drive to Ft. San Lorenzo from the Panama Canal can be long, and there’s no bathroom on the ferry. However, tucked away on the Pacific (north) side to the left of where you board the ferry are four porta-potties for when nature calls and you must answer.

Panamanian residents get heavily discounted admission to many attractions and tourist sites. So if you know a local, have them buy the tickets.

Save money on foreign exchange fees if your native currency is in dollars. There’s no need to exchange money into Panamanian Balboas as everyone accepts US dollars.

What did you do on your visit to PANAMA?

Mark Albert
Mark is a Peabody Award-winner who has reported in newsrooms across the country, most recently as a freelance correspondent at CBS News. He's traveled to 60 countries so far and plans to get to the rest—with a little luck.
Previous post Panama Canal Next post Huayna Picchu