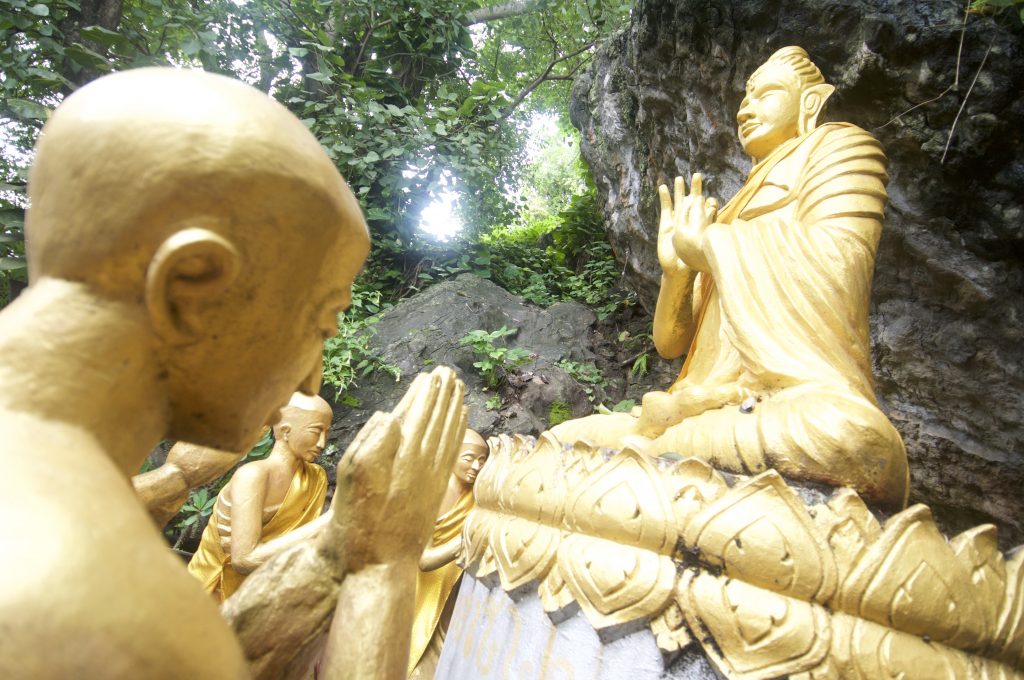 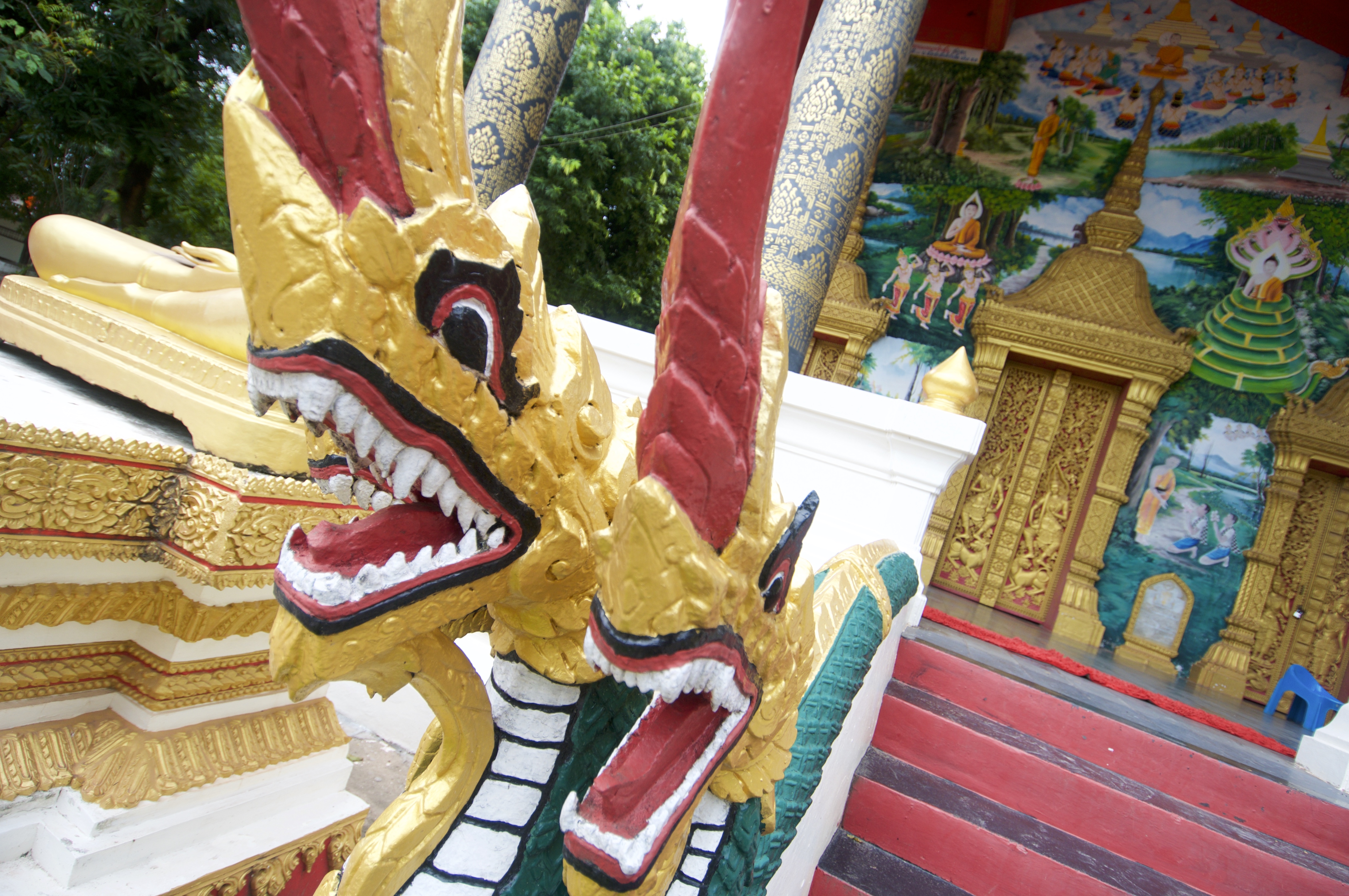 Transportation options can be limited in parts of the country. There is long-haul bus service available, including sleeper buses, although daytime travel, rather than nighttime, may be advised in some regions for safety reasons, particularly the heavily-used Vientiane-Luang Prabang route.

For cheap travel within cities and villages, negotiate the services of a tuk tuk vehicle, which typically seats six to eight in an tarp-covered, open-air seating arrangement behind the driver.

-–>SAVE: The Best Day to Book Airfare 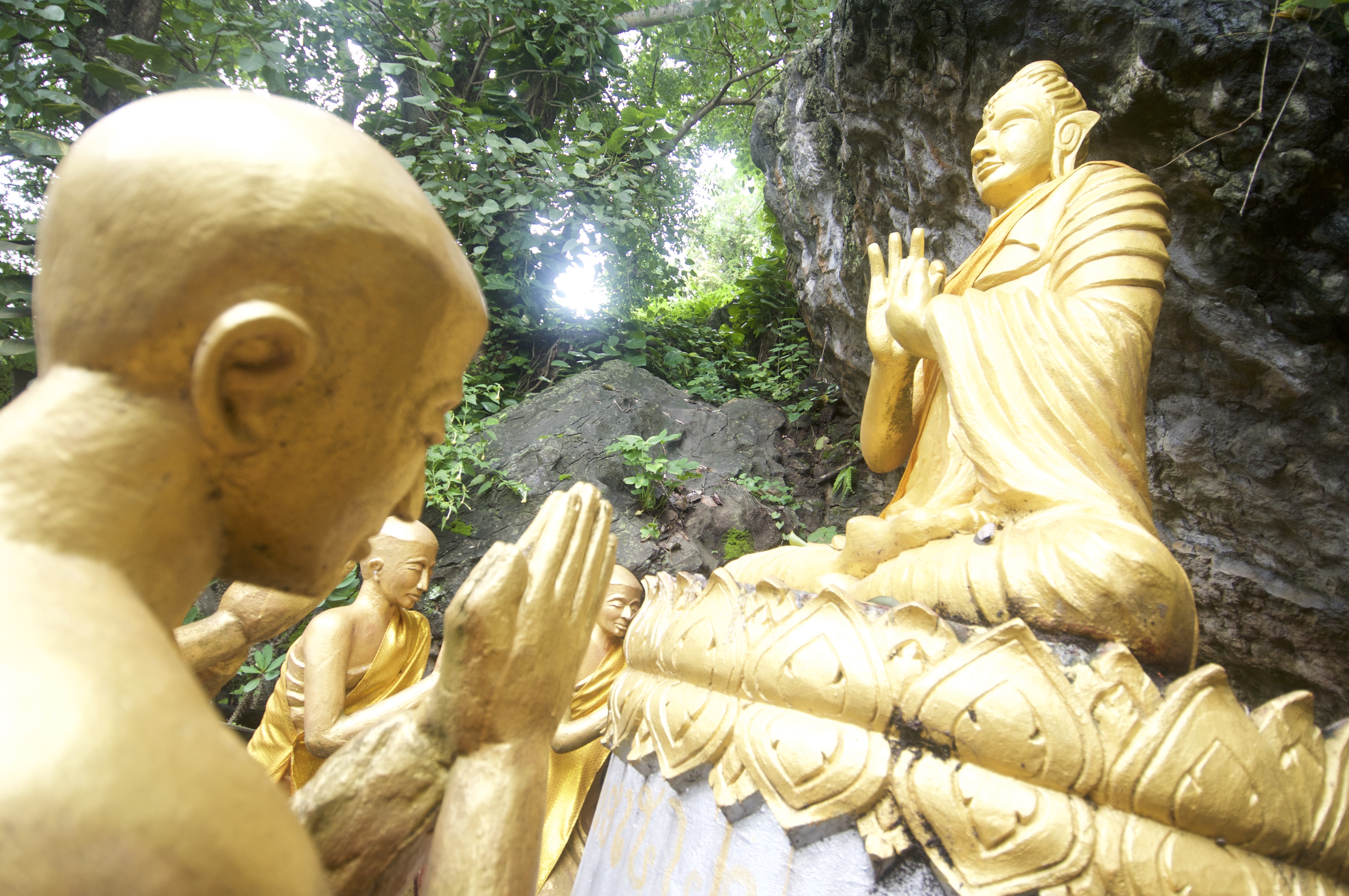 Along the climb to the top of Mount Phusi in Luang Prabang, Laos

The U.S. State Department recommends American citizens avoid travel to Xaisomboun Province due to violence. In addition, the embassy warns of “large amounts of unexploded ordnance” throughout the country after the Indochina War, which caused “approximately 50 casualties” in 2016. Unexploded ordinance can be found in parts of Savannakhet, Xieng Khouang, Saravane, Khammouane, Sekong, Champassak, Houaphan, Attapeu, Luang Prabang, and Vientiane provinces.  “In particular, UXO is found along Route 7 (from Route 13 to the Vietnam border), Route 9 (Savannakhet to the Vietnam border), and Route 20 (Pakse to Saravane),” the State Department’s Safety and Security page warns. 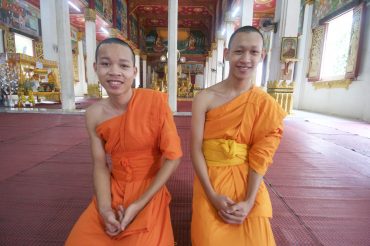 Visa-on-arrival is available for citizens of many countries. Be sure to bring cash for the visa-on-arrival fee ($36 USD for US citizens) along with two passport photos.

Consider bringing lots of $1 and $5 USD bills. U.S. dollars are accepted almost everywhere in the cities. One U.S. dollar is roughly equivalent to 8,000 Laotian KIP.

Laos is a communist country and as such, certain communications, demonstrations, and speech are restricted or censored by the government. Take care when expressing political opinions and do not insult the Laos system of government or monarchy.

Also, the country prohibits sexual contact between foreigners and its citizens no matter whether in a hotel room or private residence. The U.S. State Department warns that violators could be “interrogated, detained, arrested, or fined.” 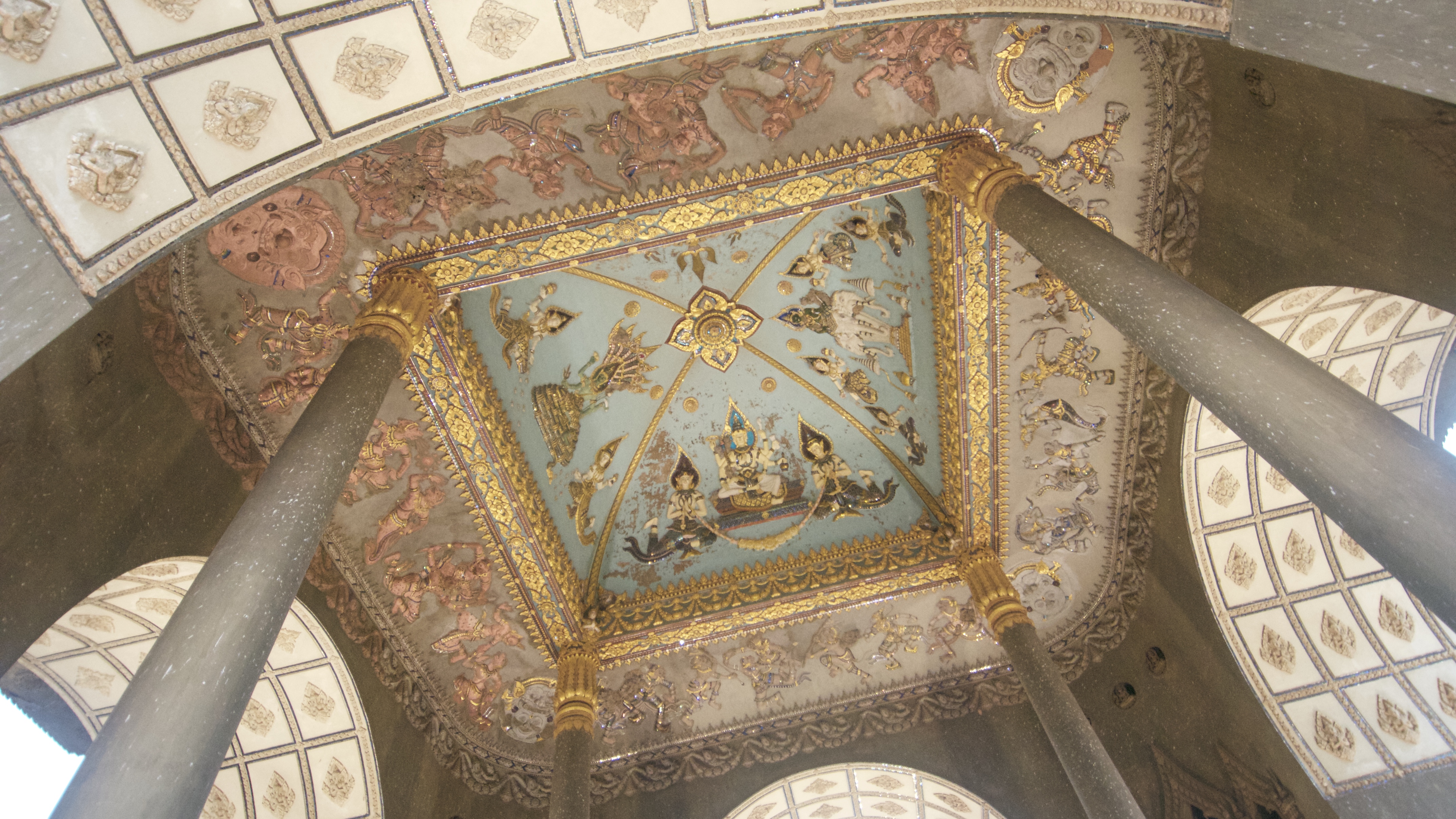 The Victory Gate in Vientiane, the capital of Laos

Bring two passport photos with you to save from paying the extra fee upon arrival.

Negotiate with the tuk tuk drivers; never pay the price initially proposed unless you’re feeling especially generous. A ride from the core of Vientiane or Luang Prabang should cost no more than 50,000 KIP. In fact, negotiate for just about everything, including a scenic boat ride on the Mekong River.

Restaurants can be more expensive than other neighboring countries. So look for frequent food markets, often held after 5pm or 6pm, in the cities. You’ll save a bundle.

For more in-depth—and often candid—travel advice when visiting Laos, consider LONELY PLANET’S LAOS guide, which you can check out via our referral (“affiliate”) link on Amazon.com.

What did you do on your visit to Laos? Share your favorite tips and tricks in the comment section below! 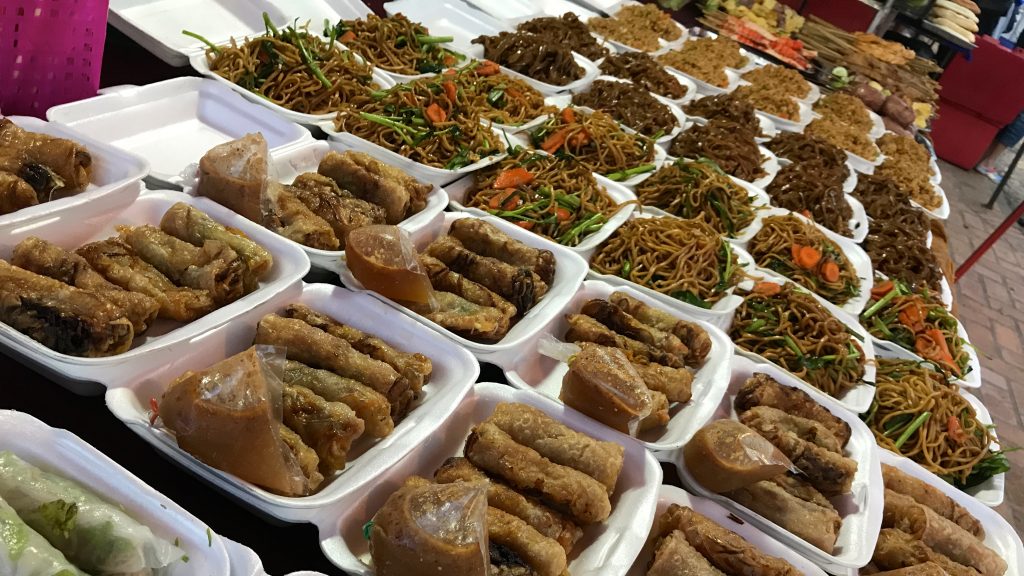 An array of freshly-cooked food at a stall along the Night Market in Luang Prabang, Laos

TRANSPARENCY NOTICE: No free or discounted travel, gifts, or services or the promise of any compensation were accepted from any of the places, merchants, or products included in this article at the time they were reviewed, with the exception of the Romanian Parliament, which waives its entrance fee for members of the media. The decision to travel somewhere or review something is made by The Voyage Report alone with no input from advertisers. We believe in credibility and integrity and cannot be bought.

Mark Albert
Mark is a Peabody Award-winner who has reported in newsrooms across the country, most recently as a freelance correspondent at CBS News. He's traveled to 60 countries so far and plans to get to the rest—with a little luck.
Previous post Romania Next post Vietnam