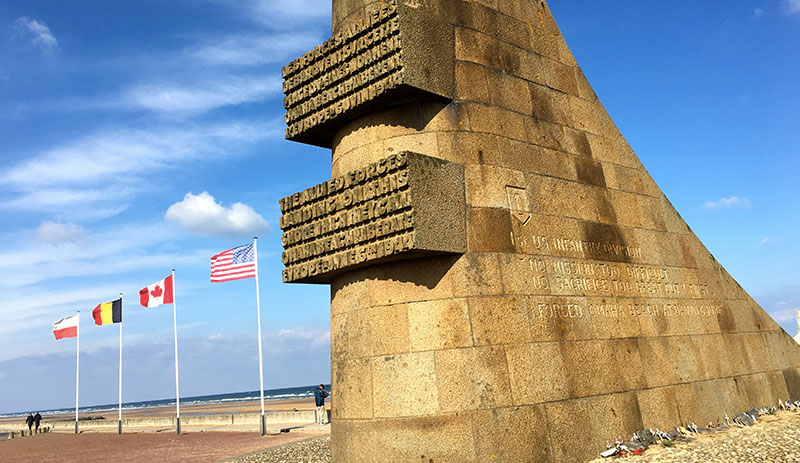 
Warning: Use of undefined constant id - assumed 'id' (this will throw an Error in a future version of PHP) in /home/marka263/public_html/wp-content/themes/Impreza-child/functions.php on line 579

Warning: Use of undefined constant id - assumed 'id' (this will throw an Error in a future version of PHP) in /home/marka263/public_html/wp-content/themes/Impreza-child/functions.php on line 579

The American cemetery at Normandy is the American Battlefield Monuments Commission’s most visited cemetery, with 1,000,000 visitors each year, according to AMBC.

City of Bayeux and the Cathedral of Our Lady of Bayeux

There are many tour groups departing from Paris which will organize all the details for you. You can also travel on your own, arriving in Bayeux by train from Paris. The train station has a list of phone numbers for the local taxi companies or there is a brochure on a rack just inside the entry way if you miss take the bus.

For those who like to explore, consider renting a car or staying several nights along the northern coast, staying in both Bayeux and Caen, as well as the small towns dotted among the countryside.

Once inside the cemetery’s new Visitor’s Center, consider watching the film “Letters” which plays downstairs in the auditorium every 30 minutes. It tells the story of five American soldiers who died in Normandy. The words and the interview are haunting, so brace yourself and bring tissue. Read more

From Bayeux, the bus fare is under $2 for the 15-minute ride to the American cemetery. The drop off point is just outside the main gates. From there walk inside and head slightly to the right, in the direction of about two o’clock on a clock face to reach the visitor’s center. Also, you can save 20%-30% on the train trip by buying second class, instead of first class.

For more in-depth—and often candid—travel advice when visiting Normandy and France, consider LONELY PLANET’S NORMANDY & D-DAY BEACHES guide, which you can check out via our referral (“affiliate”) link on Amazon.com.

What was your experience in Normandy?

Mark Albert
Mark is a Peabody Award-winner who has reported in newsrooms across the country, most recently as a freelance correspondent at CBS News. He's traveled to 60 countries so far and plans to get to the rest—with a little luck.
Previous post El Salvador Next post Catacombs of Paris