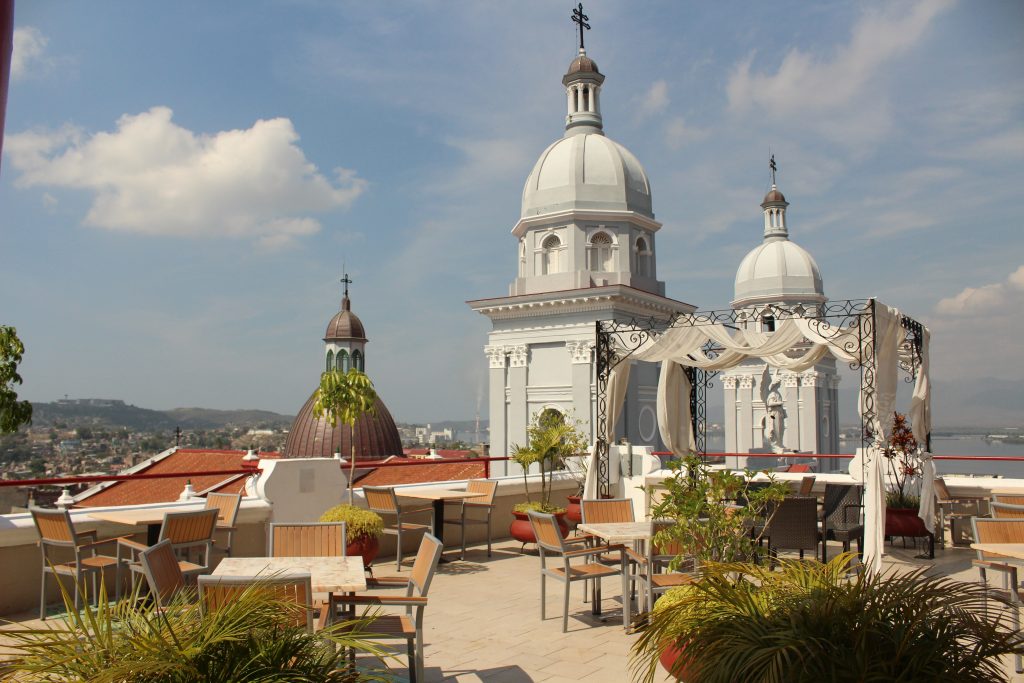 Museo de la Revolucion in Parque Central. The museum is filled with relics and photos depicting Castro’s takeover and the subsequent 50-year standoff with the U.S. (from his vantage point, of course). In front of the museum sits a tank commanded by Castro at the Bay of Pigs, when exiles disastrously failed to invade. An area adjacent contains the “Granma,” the boat Castro commanded on his ultimately successful invasion in 1959.

El Capitolio: Cuba’s legislature met here until the revolution disbanded it; it’s a facsimile of the U.S. Capitol. 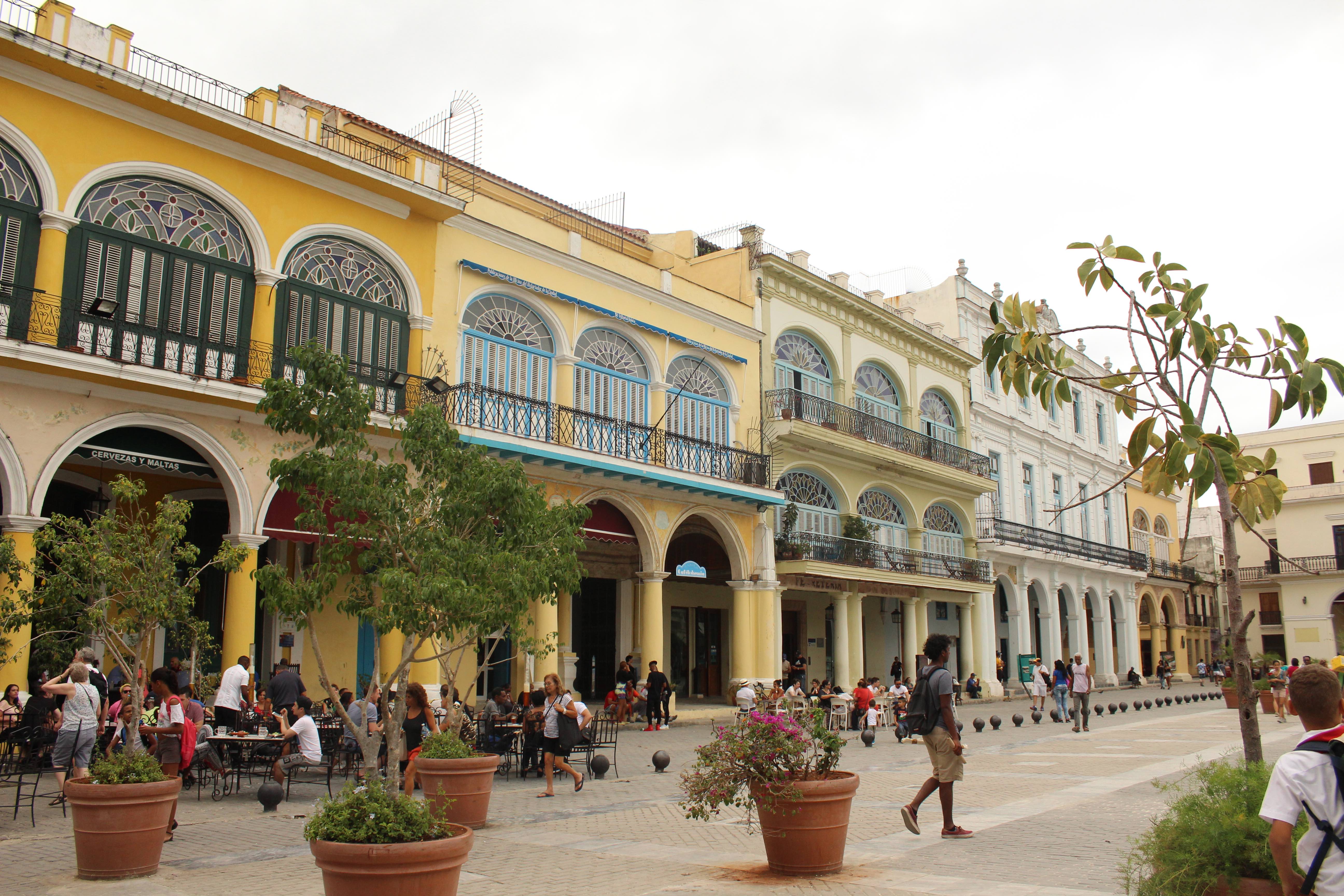 There is one-stop shopping for crafts at Almacenes San José, a huge warehouse market along the waterfront.

La Guarida: One of Havana’s top restaurants, located on the top floor/rooftop of a dilapidated mansion. You can actually book online (a rarity in Cuba). Food was excellent, innovative, stylishly presented. Bill for our party of six was 210 CUCs (roughly equivalent to US dollars) including dessert and drinks.

The original capital of Cuba and heart of its Afro-Cuban population.

San Juan Hill. We’re big Teddy Roosevelt fans so we had to see the site of the military victory in 1898 that propelled his political career. Note that the locals call the conflict the Spanish-Cuban-American War, because while freed from Spanish rule they wound up occupied by Americans for decades.

Barracks Moncada, site of Castro’s first, failed attempt in 1953 to take Cuba by military force. It houses a revolutionary museum with blood-stained uniforms.

Castillo de San Pedro, a fortress that has guarded the city since 1637 and now a UNESCO World Heritage Site

Cathedral of our Lady of the Assumption. This beautiful church, which dominates central Santiago, dates to the early 1500s.

For panoramic views of the city, visit Hotel Casa Granda in the Plaza de Delores, the historic marketplace. Fee: 2 CUCs each (includes a drink). 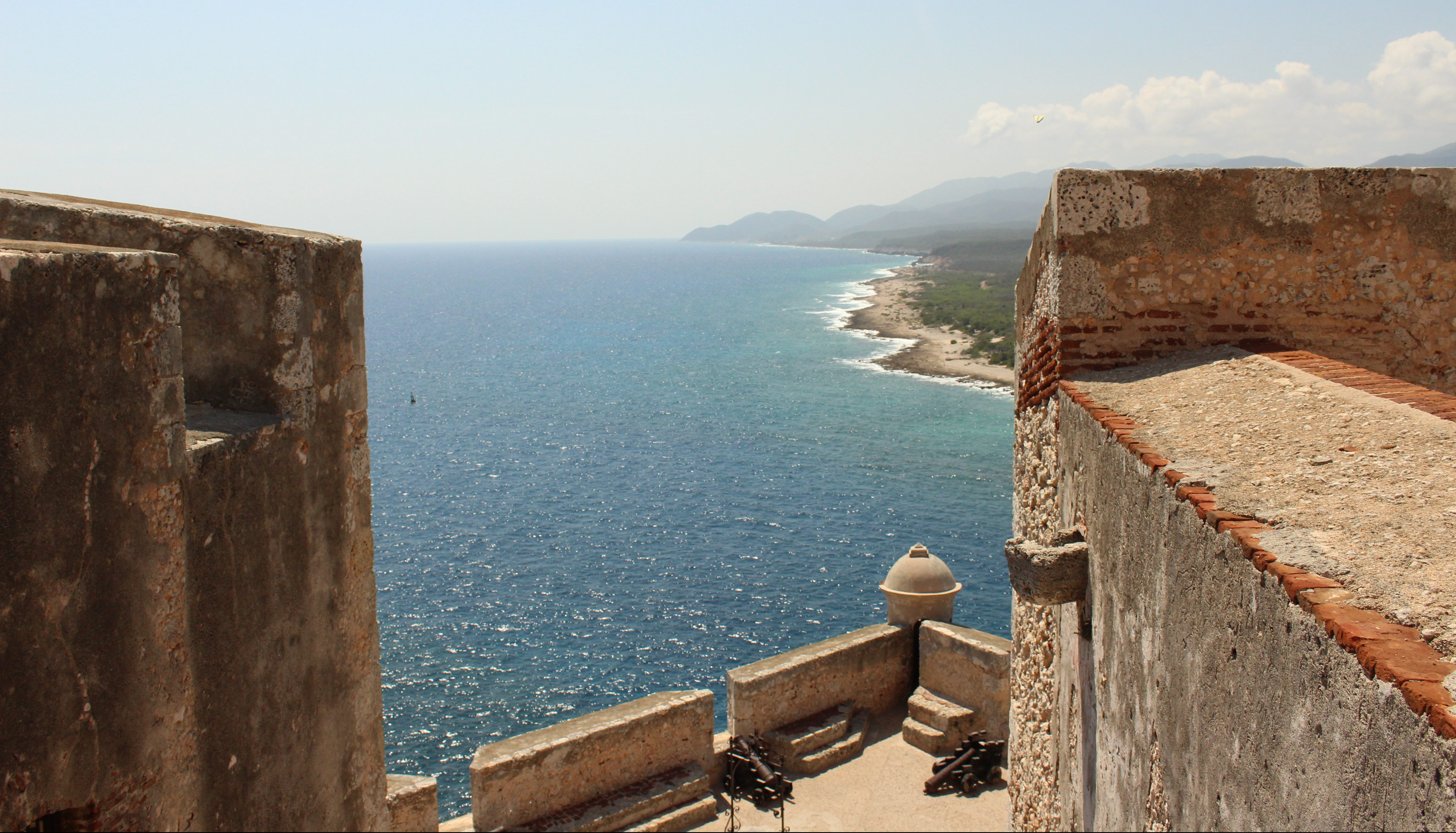 A UNESCO heritage site originally settled by the French:

You can now buy as much rum (ron) and cigars as you can carry home. To guarantee quality, buy only at state-owned stores called Casa del Habano. Ignore the street hustlers who claim they have better deals.

One quality cigar starts around 4-5 CUCs, and prices rise from there. 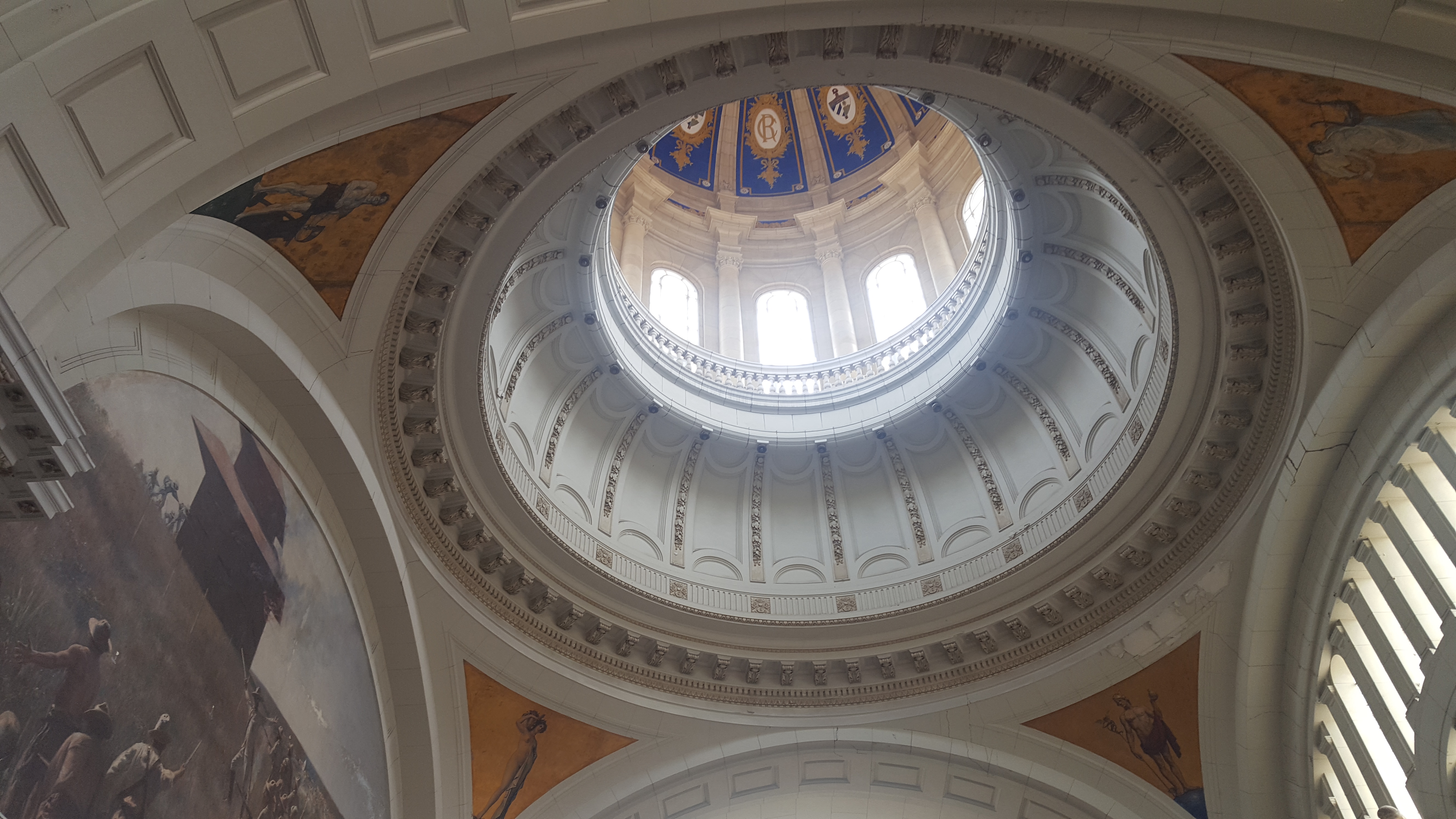 Cruise lines are expanding routes as visitors flock to Cuba. The main port is in Havana.

For the first time in five decades, U.S. airlines began offering regular commercial service to the island. While some airlines have already discontinued their routes, others are seeking to expand.

Most foreign visitors fly into these international airports: 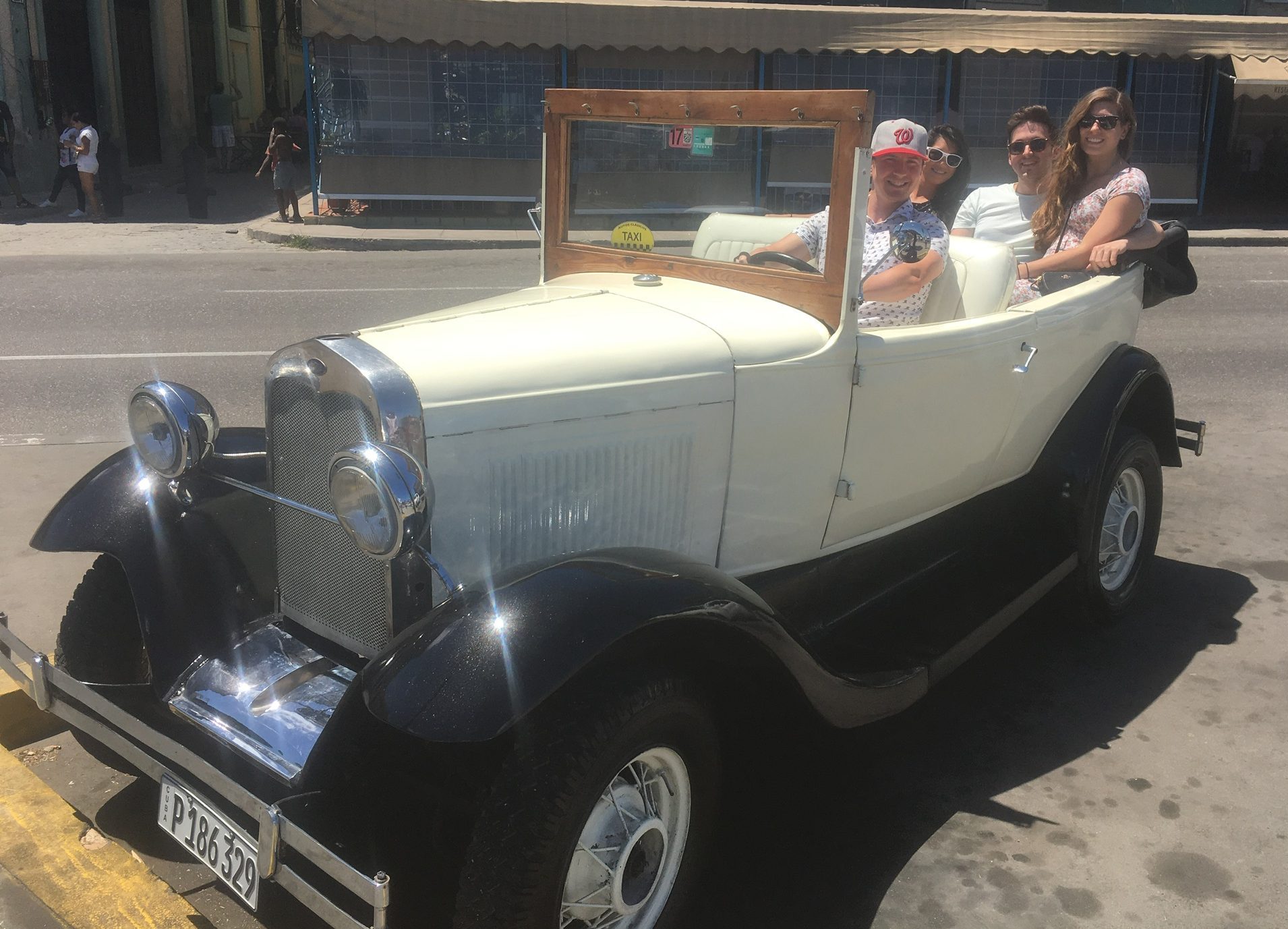 From the U.S. State Department: “Tourist travel to Cuba remains prohibited. You must obtain a license from the Department of Treasury or your travel must fall into one of 12 categories of authorized travel.” Those 12 categories are:

Do NOT drink the water. Avoid produce that might have been rinsed in water. And there’s a State Department health alert for Cuba due to unexplained sonic attacks that left neurological damage.

Leave your U.S. dollars at home. Take euros or Canadian dollars instead, and exchange for CUCs (not CUPs, which the locals use). The approximate exchange in April 2017 was 1 euro = 1 CUC.

Internet service is terrible. Don’t count on your cell phone for anything except taking photos. Be wary of internet cafes. (Enjoy being off the grid!)

Tip liberally – in a country where the average monthly salary is 25 US$, people rely on your tourist pesos. 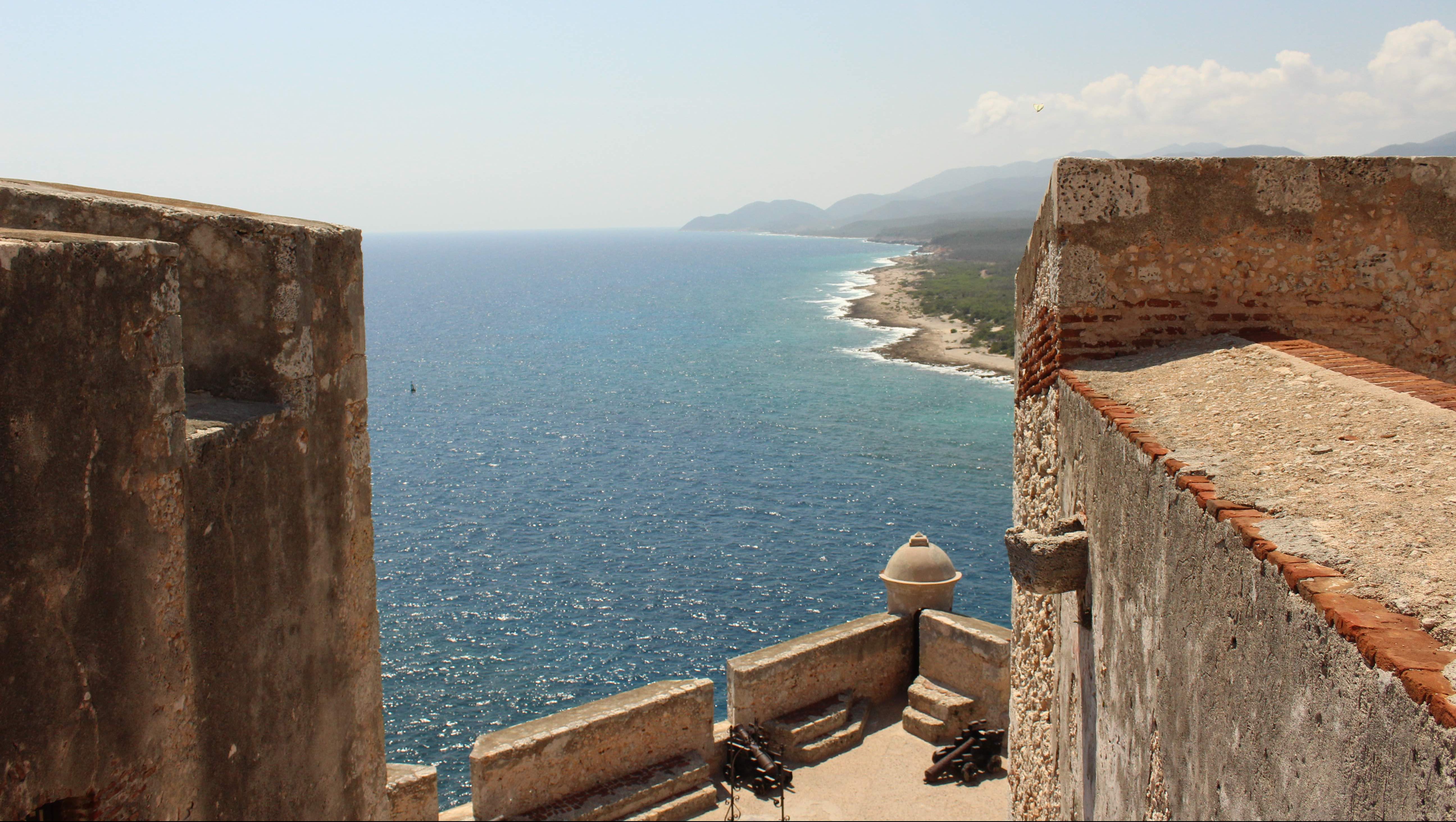 To save money on lodging, consider “casa particulars.” Think of them like bed-and-breakfasts; they’ll rent rooms to foreign tourists. Try negotiating for an even lower price.

Consider skipping the restaurants in the city centers and near the plazas and have a culinary adventure at the street carts or at an outdoor market. Or consider a peso restaurant.

We normally advise you not to exchange money in advance of departure, but for this country, you may want to consider it. American dollars are not accepted as currency in Cuba and you’ll pay a hefty fee to exchange them there. Either exchange your money for CUC before you leave your country, or take Euros with you for a more favorable exchange rate once you arrive in Cuba.

For more in-depth—and often candid—travel advice when visiting Cuba, consider LONELY PLANET’S CUBA guide on Amazon.com. Your use of our referral (“affiliate”) link helps support our journalism; thank you.

What did you do on your visit to Cuba? Share your favorite tips and tricks in the comment section below! 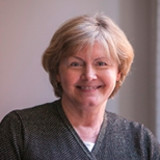 Sandy Johnson has been a journalist for four decades. She has held senior management positions at The Associated Press, the Center for Public Integrity, Stateline, and Face The Facts USA. She is currently the president and COO of the National Press Foundation in Washington, D.C., and can be reached via email or on Twitter, at @SandyKJohnson.

Mark Albert
Mark is a Peabody Award-winner who has reported in newsrooms across the country, most recently as a freelance correspondent at CBS News. He's traveled to 60 countries so far and plans to get to the rest—with a little luck.
Previous post Jordan Next post Egypt